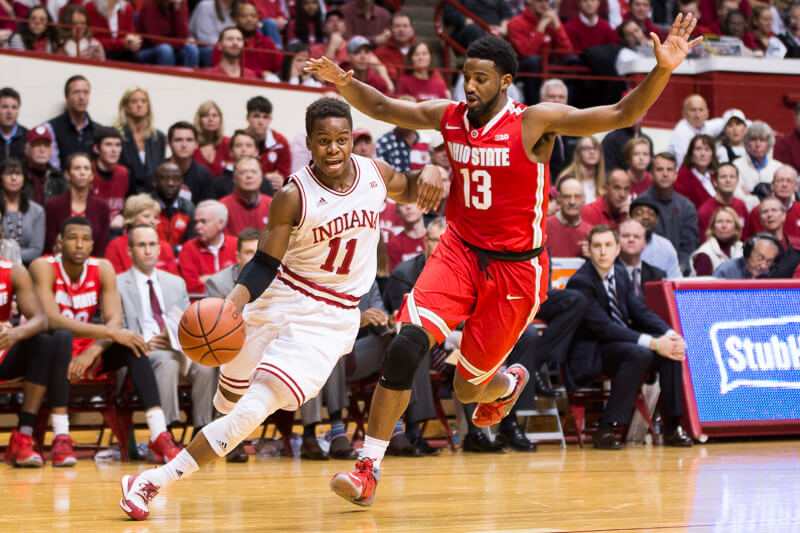 Former Indiana All-American Yogi Ferrell, who has been mostly absent in recent mock drafts, may be improving his chances to be selected with strong workouts according to Ian Begley of ESPN.com.

Here’s what Begley wrote on Sunday about Ferrell, who is ranked No. 80 in Chad Ford’s latest top 100 rankings:

Indiana guard Yogi Ferrell continues to impress in workouts around the league. He shot the ball well in sessions last week with the Brooklyn Nets and New York Knicks, per several people familiar with the workouts. Ferrell, a 6-foot PG, worked out for the Knicks on Friday alongside Kansas’ Perry Ellis and for Brooklyn earlier in the week. The Knicks don’t have a draft pick but are expected to acquire one. The club has worked out several prospects in recent days at the practice facility, with an emphasis on the triangle offense. For what it’s worth, both Ferrell and Ellis are projected as second-round picks; Ferrell may be helping his draft stock with his strong shooting performances.

Both Ferrell and Troy Williams are scheduled to workout for the New Orleans Pelicans today.

Just got to New Orleans and met up with my brother @YogiFerrell11 ??

A sixth non-conference game was revealed on Indiana’s 2016-2017 schedule over the weekend as Jon Rothstein of CBSSports.com reported that the Hoosiers will host Liberty on Nov. 19.

Indiana’s schedule for next season is being tracked on our future schedules page.

For the eighth consecutive year, the Indiana All-Stars beat the Kentucky All-Stars in both games of their annual series.

On Sunday, the Indiana team had to grind one out shorthanded as they were without Mr. Basketball Kyle Guy as well as C.J. Walker, a Florida State signee.

But Indiana had just enough for its 16th straight win as it beat Kentucky, 99-96, at Bellarmine University.

Indiana signee Grant Gelon went scoreless on Sunday in just seven minutes. Gelon was 0-of-3 from the field.