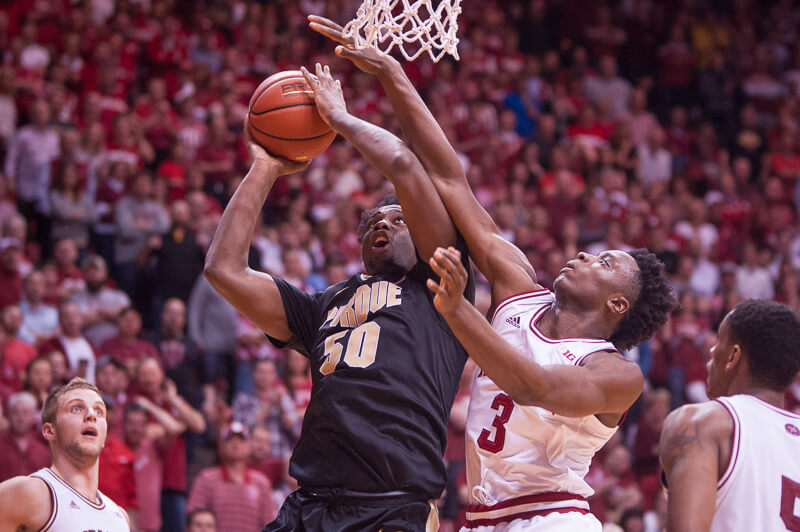 With the deadline to withdraw from the NBA draft behind us, it’s time for our updated look at who’s coming and going in the Big Ten for the 2016-2017 season.

Notes: Nunn’s dismissal is a loss from a talent standpoint, but Illinois did the right thing getting rid of him after a guilty plea on a domestic battery charge. Black and Tate are still with the program, as is Thorne, who got a sixth year of eligibility due to an injury last season.

Notes: As expected, Blackmon Jr. is back for his junior season and Williams opted to remain in the NBA draft. The Hoosiers will once again be talented, but there’s plenty of production to replace.

Notes: The Hawkeyes figure to take a step back next season as they graduate four senior starters. Although expected, getting Jok back for his senior season was a big deal for Fran McCaffery.

Notes: Trimble is back, which means the Terps have the pieces in place to once again make the NCAA tournament. Mark Turgeon and company lost plenty, but an elite point guard like Trimble gives this group plenty of hope.

Notes: The Wolverines had four players transfer out, lost two assistant coaches and graduated LeVert. But after playing most of last season without LeVert, Michigan returns just about every key piece from a team that won 23 games.

Notes: Michigan State’s ceiling isn’t as high with Davis leaving early, but the Big Ten’s best recruiting class arrives in East Lansing along with Carter, who should help in the frontcourt.

Notes: Things should improve in Minneapolis with three transfers added to the mix – assuming Lynch’s legal woes don’t get him booted from the roster – and a top 50 guard in Amir Coffey arriving in the backcourt.

Notes: White waited until the final day to announce his return to Lincoln, which was a smart decision. The Cornhuskers will still be young, but Tim Miles has some pieces to work with on this roster.

Notes: Northwestern welcomes back Law, who missed last season with a shoulder injury after a promising freshman campaign.

Notes: The Buckeyes were hit hard by transfers, but will return their top six players following the recent news that Thompson will be back in Columbus.

Notes: Penn State might finally be ready to make a run at top eight in the Big Ten standings under Pat Chambers as it welcomes a strong influx of talent. Watkins, Samuel, Carr, Stevens and Hampton all have the potential to help right away.

Notes: Edwards and Swanigan both returned to school and Purdue should again have one of the nation’s best frontcourts. If their guard play is improved and Albrecht is healthy, look out.

Notes: The Steve Pikiell era will begin in Piscataway next winter and the roster won’t necessarily be conducive to winning in a power five league. Getting Sanders back for his sophomore season was a major boost.

Notes: The Badgers have the ingredients to make a run at the Big Ten title with Hayes and Koenig back for their senior seasons. Wisconsin hasn’t missed a beat under Greg Gard, who took over for Bo Ryan in December.