Crean: “I believe Troy’s going to be in that draft” 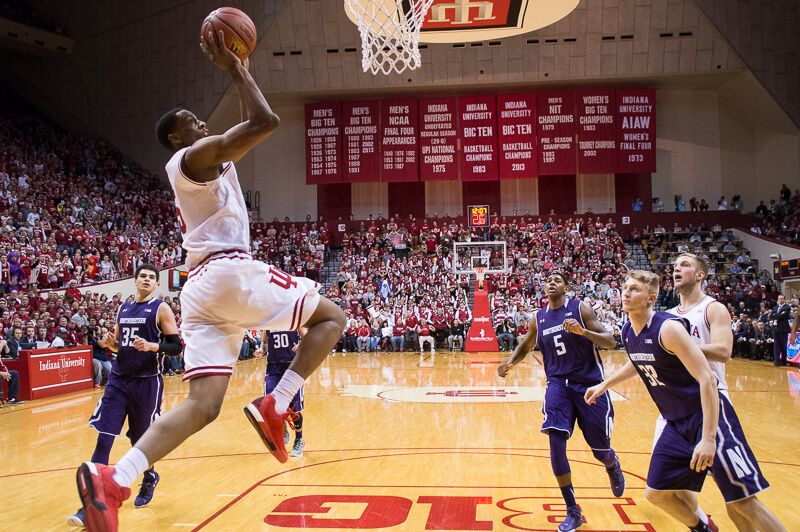 Speaking to Indiana fans on Saturday night at the Wagon Wheel in Warsaw, Tom Crean said Saturday night that he expects Troy Williams to remain in the 2016 NBA draft.

“I believe Troy’s going to be in that draft,” Crean said, according to The Elkhart Truth. “I think he deserves to be in that draft. He’s done all that we’ve asked him to do. That’s his dream and he’s done a lot of good things for us, but at the same time, you’ve got to be able to move forward.”

Williams, who has not hired an agent, will participate in the NBA draft combine this week in Chicago and has until May 25 to withdraw his name if he wishes to return for his senior season.

The Hampton, Virginia native was not listed on an Indiana release issued over the weekend of student athletes who are eligible to graduate in either May or August.

The 6-foot-7 Williams is projected by most as a second round pick after averaging 13.3 points and 5.8 rebounds as a junior last season.

An NBA scout told Inside the Hall in late March that with the graduation of Yogi Ferrell, Williams would be best served leaving school and entering the draft.

“With Yogi gone, that just means he’s going to be handling the ball more,” the scout said. “And I think the more he handles the ball, the worse he looks. If I’m him, Yogi’s gone, so I have to go.”