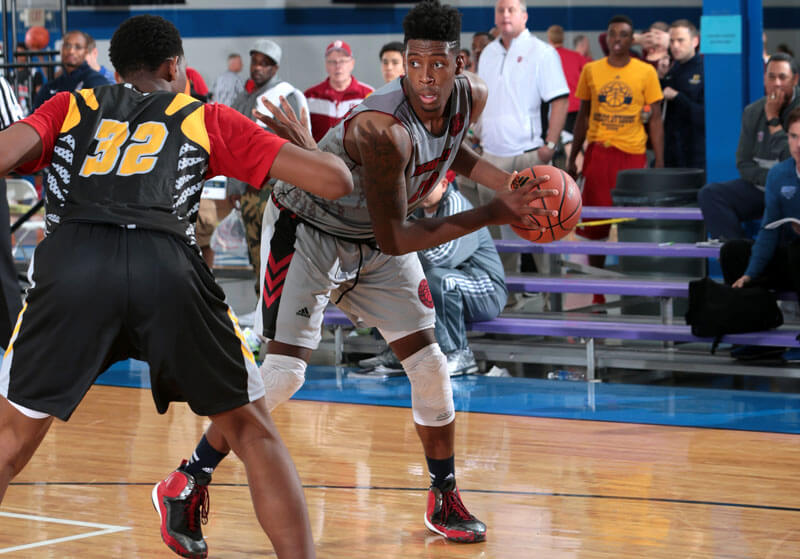 Overland (Colo.) forward De’Ron Davis, who signed a National Letter of Intent with Indiana last fall, was named Mr. Basketball in Colorado for 2016 by The Denver Post late Saturday night.

The 6-foot-9 forward led Overland to two consecutive 5A state titles and finished his high school career with 442 blocked shots.

In four seasons, Davis and Overland compiled an 83-25 record.

He committed to Indiana in early November after an intense recruiting battle that spanned more than three years.

“They didn’t care about the rankings. They knew what kind of player I was, they knew what I could bring to the program. Family always sticks together and I’m a big family guy. That really stood out to me.”

He’s expected to arrive on campus early this summer.