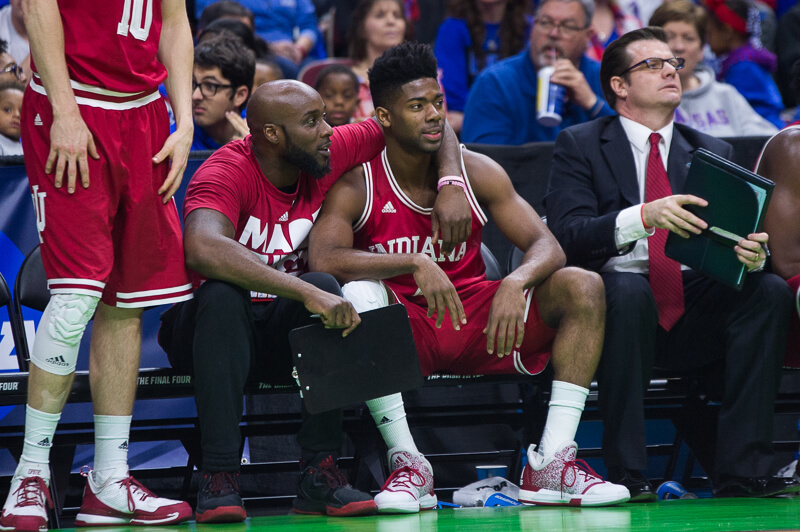 The Richmond, Virginia native missed four games late in the season after injuring his ankle in a win over Purdue on Feb. 20. He injured the ankle again in a win over Kentucky in the NCAA tournament round of 32 and missed IU’s season-ending loss to North Carolina last Friday.

“As much as Robert wanted to play,” Crean said on March 28. “There just wasn’t enough healing to take that risk. It wasn’t a judgement call for me. It was a doctor’s call.”

Johnson averaged 8.1 points, 3.3 rebounds and 3.1 assists in 24.8 minutes per game as a sophomore for the Hoosiers.