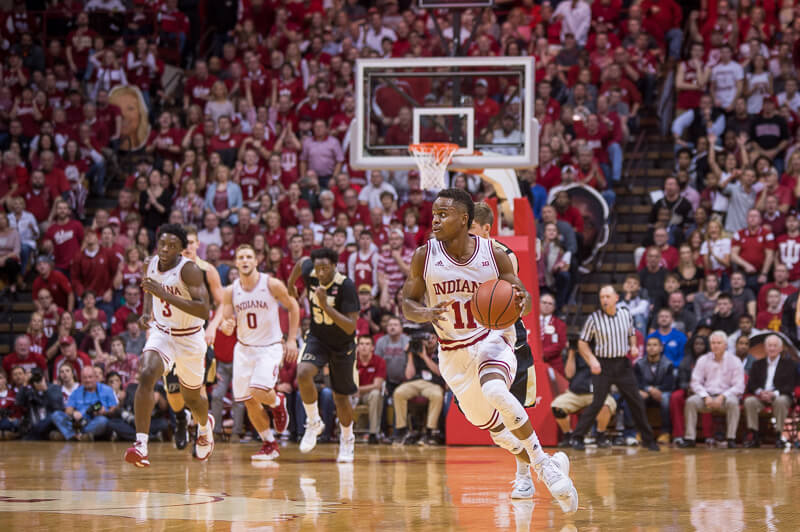 It was a major weekend in the top half of the Big Ten standings even though Indiana didn’t play.

With Maryland’s loss on Saturday at Purdue and Iowa’s loss on Sunday at Ohio State, the Hoosiers have clinched at least a share of the Big Ten regular season title.

This title is the 22nd conference crown for Indiana, tying Purdue for most all-time in the conference.

It’s also the second Big Ten title in the last four seasons under Tom Crean. In the 19 years before IU won the Big Ten title in 2013, it won the league just once (shared in 2002 with Illinois, Ohio State and Wisconsin).

Indiana can win the regular season crown outright with one win in its final two regular season games. The Hoosiers play at Iowa on Tuesday before hosting Maryland next Sunday at Assembly Hall.

An outright regular season title would clinch the top seed for the Hoosiers in the 2016 Big Ten tournament in Indianapolis. The top seeded team will play on Friday, March 11 at noon ET.

IU has clinched a share of its 22nd B1G title — tied for most in league history. #iubb #GoIU pic.twitter.com/Xt5f9xC3JQ