While AJ Hammons (6-of-9, 13 points) and Isaac Haas (4-of-5, 12 points) weren’t completely shut out by the Hoosiers on Saturday night, Indiana’s post defense made sure they didn’t dominant the evening.

The Hoosiers fronted the post and threw double teams at Purdue’s big men, which made it tougher for them — sometimes even resulting in turnovers for IU scores.

We’ll take a look at Indiana’s post defense — as well as one play of ball screen defense — in the latest edition of Film Session:

Collin Hartman fronts the post on Caleb Swanigan. Rapheal Davis has no entry pass and passes the ball up top to P.J. Thompson: 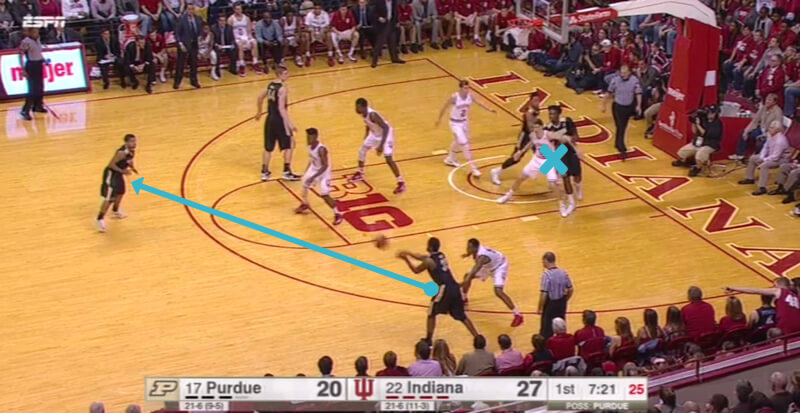 Thomas Bryant fronts Haas on the other side of the paint and Thompson passes it back to right wing and Vince Edwards: 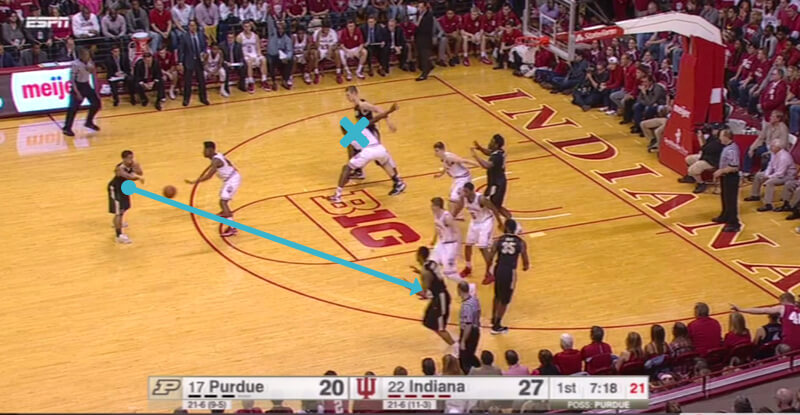 Here’s Hartman fighting around Swanigan and denying the pass once more: 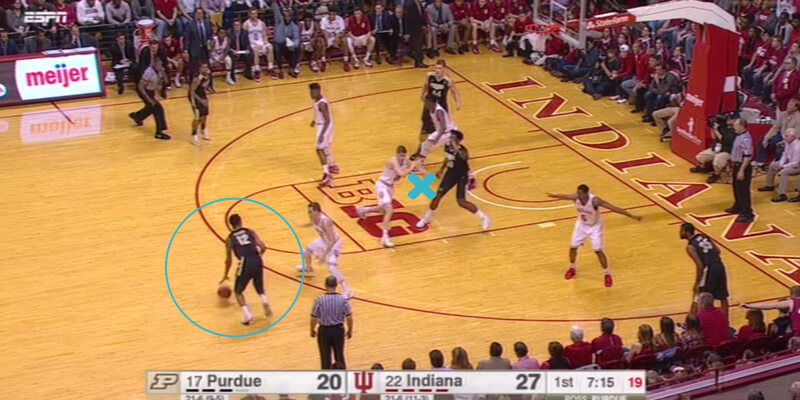 Purdue is finally able to enter it into the post after Edwards passes to Thompson on the left wing and he passes to Haas: 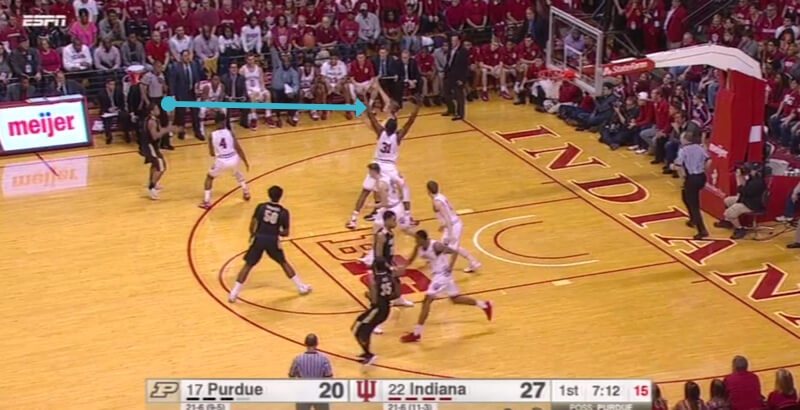 But here comes Robert Johnson on a double team. It makes Haas hesitate a bit and he ended up traveling once he gets going. IU ball: 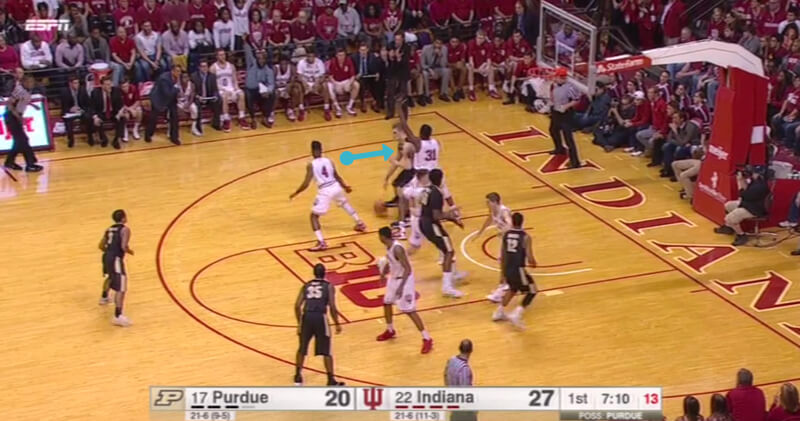 Dan Dakich on the call:

The key to playing good defense is to make the offense uncomfortable. Zeisloft, Troy Williams and Hartman on the block are taking away, they’re denying passes. And by denying passes, it is making Purdue’s offense very unsure.