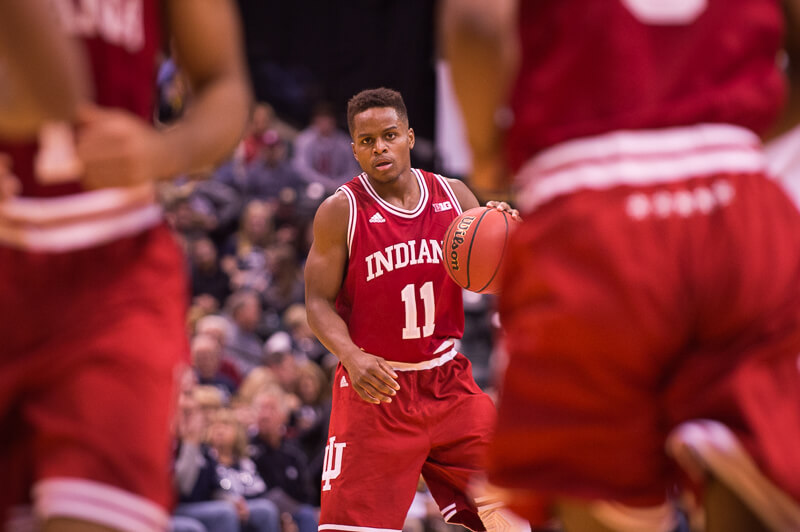 Indiana senior guard Yogi Ferrell was named to the Wooden Award late season top 20, the national advisory board for the award announced on Wednesday night.

Ferrell, who is averaging 17.3 points, 5.8 assists and 4.1 rebounds per game, was left off the Wooden Award midseason top 25 list announced last month, but his stellar play in recent weeks fueled his inclusion on the list.

A list of 15 finalists will be announced shortly before the 2016 NCAA tournament.

Ferrell was one of 20 players named to the midseason watch list for Oscar Robertson Trophy last month.

Calbert Cheaney was the last Hoosier to win the Wooden Award in 1993. Cody Zeller and Victor Oladipo were both named finalists for the award in 2013.

The complete late season top 20 is available after the jump.