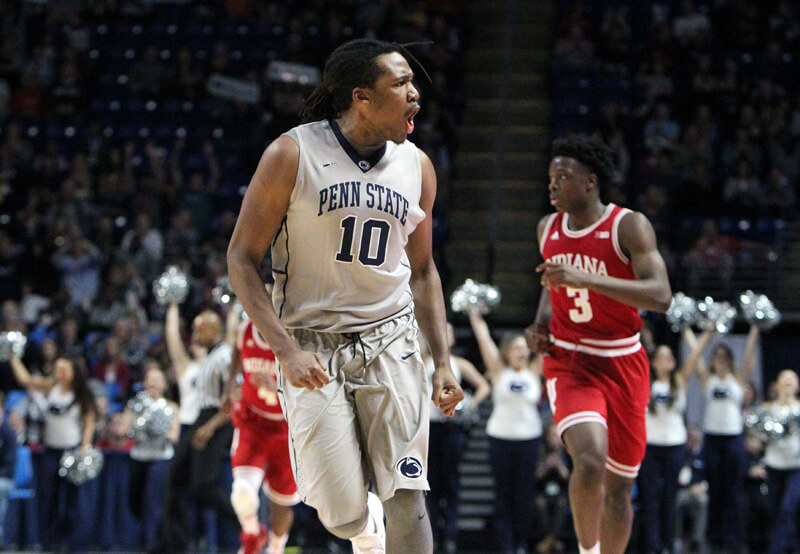 UNIVERSITY PARK, Pa. — Turnovers proved to be the key statistic at the Bryce Jordan Center on Saturday night as No. 22 Indiana fell to unranked Big Ten foe Penn State, 68-63. The loss dropped the Hoosiers to 19-5 and 9-2 in the conference.

Indiana turned the ball over 15 times, while the Nittany Lions only coughed it up on seven occasions. Penn State forward Brandon Taylor, who notched a game-high 24 points, attributed Indiana’s trouble with keeping possession to the Lions’ ability to speed the Hoosiers up and get them out of rhythm.

However, Indiana coach Tom Crean didn’t see it that way.

“I saw a different game,” Crean said. “I saw us have some unforced turnovers. But, he might be right. He’s the winner, they get to see what they see and I’ll watch the film and see what we have to get better at. I thought a couple times we just tried to make some plays that weren’t there.”

In total, Penn State scored 19 points off of turnovers and had 11 second-chance points. And though Indiana won the rebounding battle, 36-32, the Hoosiers shot a season-low 36 percent from the field on 47 shots.

Taylor gave the Hoosier defense fits for most of the game as he logged 32 minutes and buried 10 shots from the field, four of which came from beyond the 3-point arc. He also grabbed six rebounds and two steals.

The senior forward seemed to hit clutch shot after clutch shot for Penn State down the stretch, keeping them in the game — or, as Penn State coach Patrick Chambers said, in the middle of the ring.

Crean praised Taylor, noting that he is one of the more veteran players on Penn State’s roster.

“We did not answer the bell on Brandon Taylor the way that we needed to,” Crean said. “We compared him to Nigel Hayes, and we basically had the same result, and we’ve got to do a better job.”

Hayes scored 31 points when the Hoosiers took on Wisconsin on Jan. 26 as the Badgers became the first Big Ten team to defeat Indiana.

Nick Zeisloft led the way for Indiana with 14 points while Yogi Ferrell and Thomas Bryant chipped in 13 and 10, respectively.

In addition to turnovers, fouls played a big part in deciding Saturday’s contest as well.

Bryant finished the first half with three fouls, while Collin Hartman and Max Biefeldt each had two after the first 20 minutes. After the game, Crean was asked what Penn State was doing to slow Bryant down, but he said it was more self-inflicted than anything.

Penn State was not without its foul trouble, though. The Lions were whistled for seven fouls in the first seven minutes of the second half. The Hoosiers found themselves at the charity stripe 26 times throughout the game, 14 of which came in the second half. They managed to make 20 of those attempts.

· With the loss, Indiana’s road record falls to 4-3, with the other losses coming at Duke and Wisconsin.
· The road ahead for the Hoosiers as they come down the stretch of the season is tough. All but one of the final six teams they will face have winning records, including their two next opponents, Iowa and Michigan State.