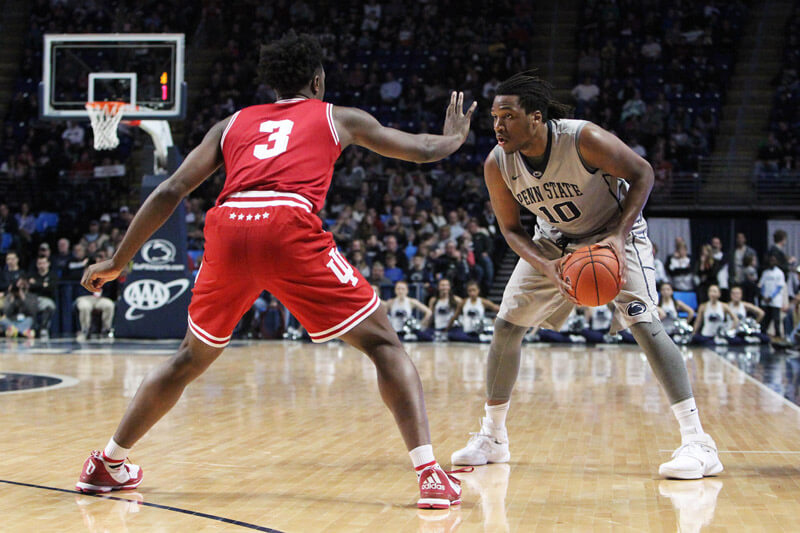 How it happened: There’s no way to sugarcoat it: this was an evening to forget for Indiana. The Hoosiers scored just .96 points per possession and shot an effective field goal percentage of 45.6. The points per possession output was IU’s second worst so far in conference play. Indiana never really got momentum in State College as Penn State jumped out in front early thanks to 11 first half turnovers. Brandon Taylor was a major problem for the Hoosiers as he finished with a game-high 24 points and six rebounds. Indiana really had no answer for Taylor and also struggled to slow down Devin Foster, who finished with a career-high 13 points. This was a deflating loss, particularly for Indiana’s position in the race for the Big Ten title. A win would have set up a showdown for first place with Iowa next Thursday in Assembly Hall. But the Hoosiers didn’t take care of business and now face a brutal seven-game stretch to finish the regular season.

Standout performer: Nick Zeisloft had a team-high 14 points on 4-of-7 shooting on 3s in 20 minutes. He and Thomas Bryant were the only two players to shoot better than 50 percent from the field.

Statistic that stands out: Indiana’s effective field goal percentage of 45.7 was a season-low. The Hoosiers hit just 8 of their 20 attempts from 2 and just 9 of 27 from 3. Combine that with 15 turnovers and it’s tough to beat anybody on the road.