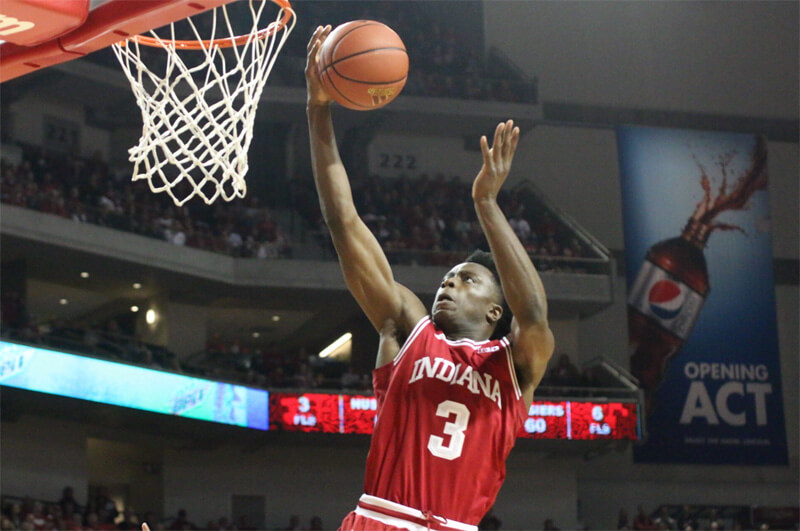 How it happened: After a shaky first half that saw IU turn it over eight times, allow 1.12 points per possession and trail by three, the Hoosiers flipped the script in the second half. Yogi Ferrell scored 15 of his 24 in the second half. Thomas Bryant continued his strong first half play into the second and was unstoppable with 19 points. And freshmen OG Anunoby had arguably his best game yet as a Hoosier with 11 points on 4-of-4 shooting. IU finished the afternoon with a turnover percentage of 20, scored 1.12 points per possession and its offensive firepower was too much for Nebraska to overcome. The Hoosiers outscored Nebraska 43-30 in the second half for their seventh straight win and second consecutive Big Ten road victory.

Standout performer: As mentioned above, Ferrell was terrific in the second half as he scored 15 points, hit 3-of-4 from distance and had just one turnover after committing three before halftime. With James Blackmon Jr. sidelined, Ferrell’s minutes are going to stay in the high 30s and he logged 38 in Lincoln. It was encouraging to see IU’s senior point guard get stronger as the game moved along.

Statistic that stands out: Indiana held Nebraska to just 30 second half points, which works out to .83 points per possession. Given how much scrutiny IU’s defense has been under this season, it was a strong performance, particularly away from Assembly Hall. 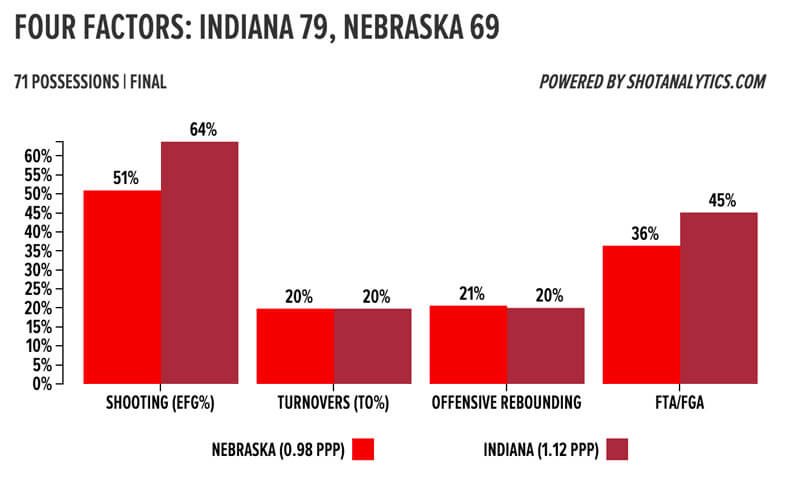