Troy Williams had a career performance in Indiana’s win against Kennesaw State.

The junior wing dished out a career-high six assists and made a career-high three 3-pointers. He also dropped in an efficient 20 points (7-of-8).

We’ll take a look at two assists and two scores form Williams in the latest edition of Film Session:

The Hoosiers pass the ball around the perimeter. James Blackmon Jr. to Yogi Ferrell to Williams. Yonel Brown sprints up from the left block to pick up Williams: 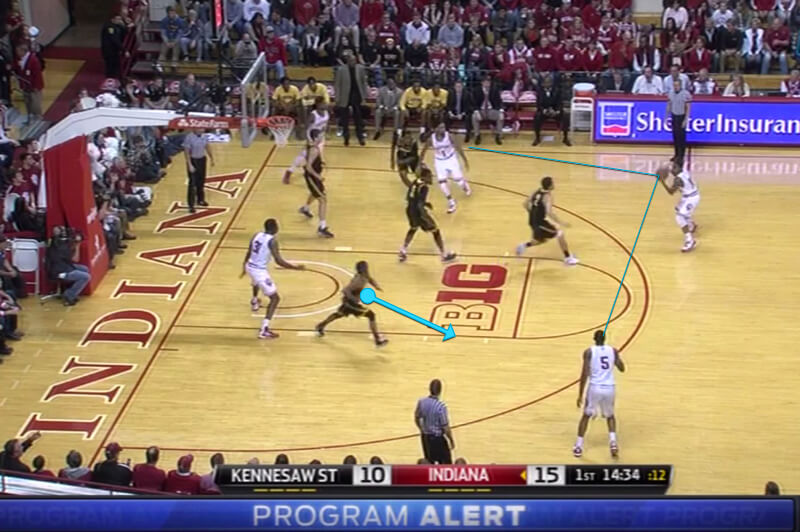 Yonel’s momentum has him going the wrong way as he attempts to jump the passing lane. Williams is now on the move to the hoop with Thomas Bryant on the left block: 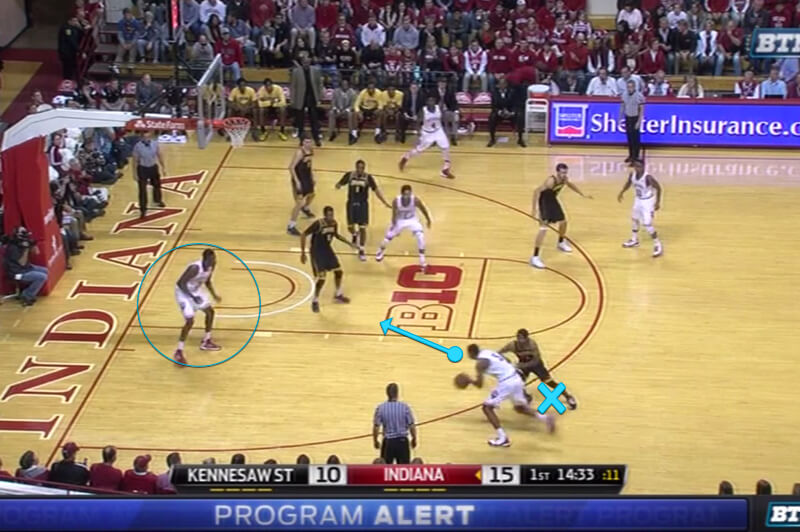 Williams goes right at the defense to draw them. This gives Bryant even more room to operate and he tosses the pass: 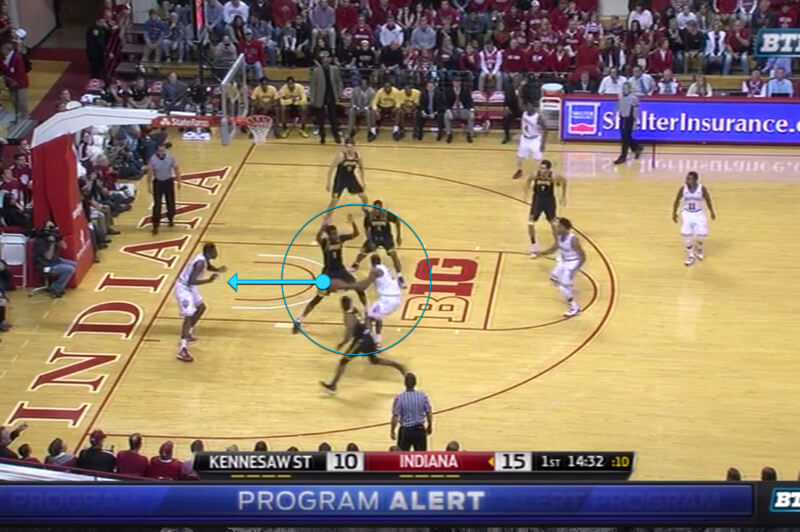 Bryant has plenty of space and jams it home: 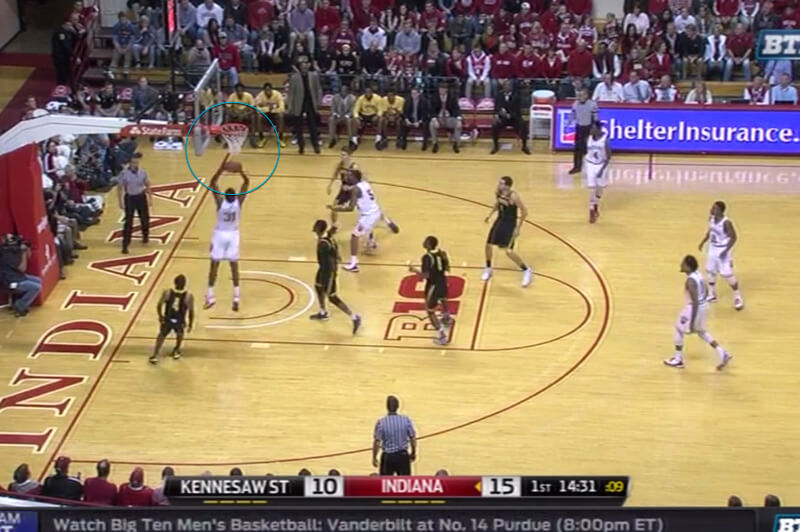 Bryant himself was super efficient in this one (8-of-9, 20 points) and Williams was part of the reason why. His decision making here led to an easy score for the freshman.