At the Buzzer: Indiana 99, Kennesaw State 72 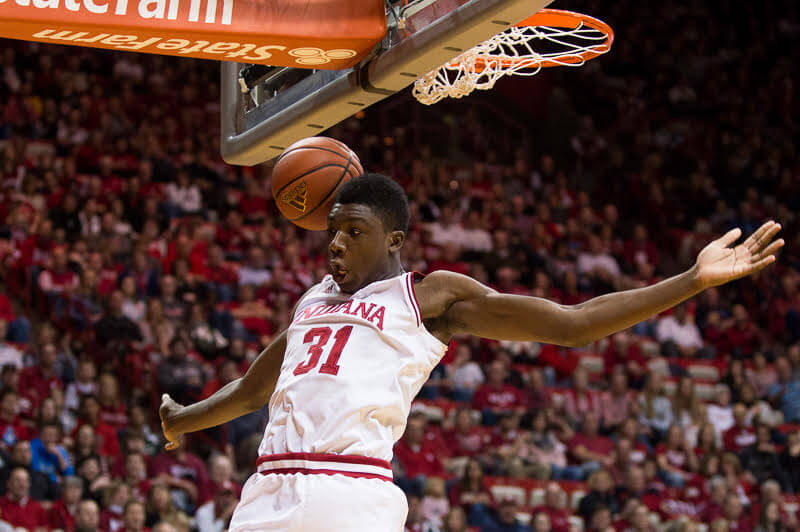 A few quick thoughts on Indiana’s 99-72 win over Kennesaw State:

How it happened: It took until nearly midway through the second half, but the Hoosiers finally pulled away from Kennesaw State over the game’s final 11:48. After surrendering 38 first half points to the Owls, Indiana put up more resistance after intermission. And once the Hoosiers got going offensively, Kennesaw State began to tire and simply had no answer down the stretch. Still, it was a defensive performance from the Hoosiers that should have been much better, particularly against a team that came in ranked No. 325 in the KenPom ratings.

Standout performer: Thomas Bryant put together a strong performance with 20 points, five rebounds and two blocked shots in 26 minutes. Bryant was 8-of-9 from the field and is now 58-of-76 on 2s this season.

Statistics that stand out: Indiana was efficient from the field in this one, racking up 1.49 points per possession and shooting an effective field goal percentage of 75. The Hoosiers will enter the Big Ten portion of their schedule with one of the nation’s most efficient offenses, but with a defense (1.08 points per possession allowed) that still has major question marks. 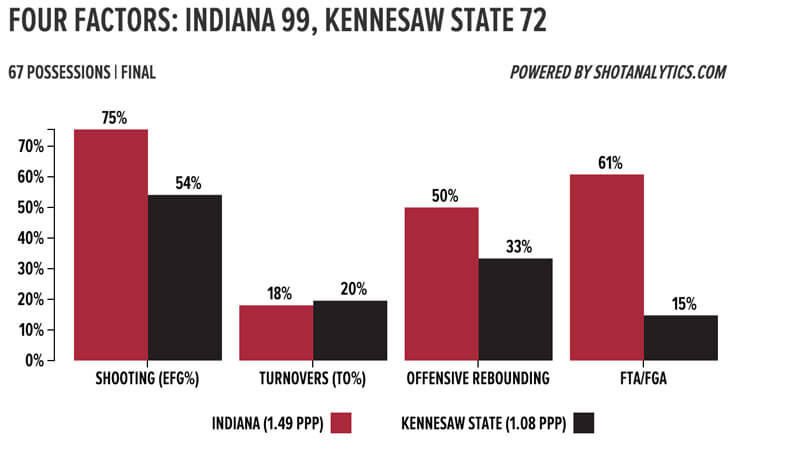