Indiana among eight schools in the mix for Rawle Alkins 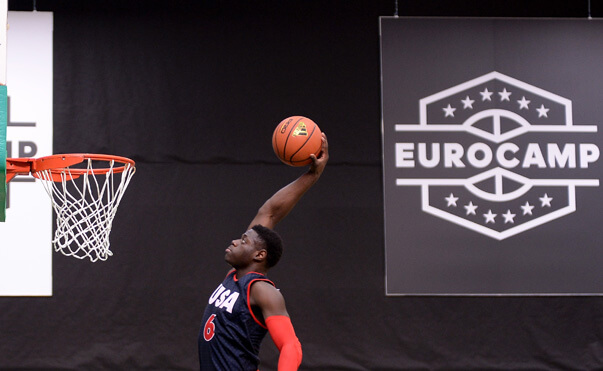 Class of 2016 Word of God, North Carolina guard Rawle Alkins, one of the top guards nationally in his class, announced an updated list of schools Wednesday morning.

Alkins is rated the No. 15 player in the 247Composite and visited Bloomington last fall for Hoosier Hysteria.

As a junior at Christ the King in Brooklyn (N.Y.), he led the school to its third consecutive city championship before announcing in early July that he would transfer to a prep school for his final high school season. Alkins transferred to Word of God, which also produced current IU guard Josh Newkirk.

Over the summer, Alkins led the New York Rens to the adidas Gauntlet Finale title in Atlanta. He scored 34 points, including 5-of-11 shooting from behind the 3-point line, in the championship game of that event.

The New York native is not expected to announce a decision until the spring of 2016.