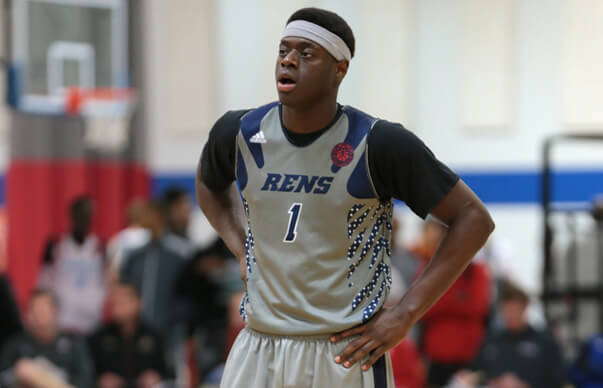 One of Indiana’s top recruiting targets in the class of 2016, Rawle Alkins, is leaving Christ the King (N.Y.) and enrolling in a prep school for his final high school season.

#3peat will never be forgoten! Time to announce that I will be attending a prepschool next year!! I will always rep?? pic.twitter.com/5IAh5tuGaG

According to The New York Daily News, Alkins made the decision due to uncertainty about his eligibility status. As an eighth grader in Florida, Alkins played varsity basketball and there was a chance the Catholic High School Athletic Association would have ruled him ineligible next season as a result.

The 6-foot-5, 210 pound guard is rated the No. 23 prospect nationally in the 2016 class by the 247 Composite. He has scholarship offers from IU, Kentucky, Kansas, Villanova, St. John’s, Texas and many others.

In his time at Christ the King, Alkins led the program to three consecutive city championships and two state federation titles.

This past spring in the adidas Gauntlet series for the NY Rens, Alkins was the circuit’s second leading scorer at 24.3 points per game. He also averaged 5.8 rebounds and 2.8 assists per game.