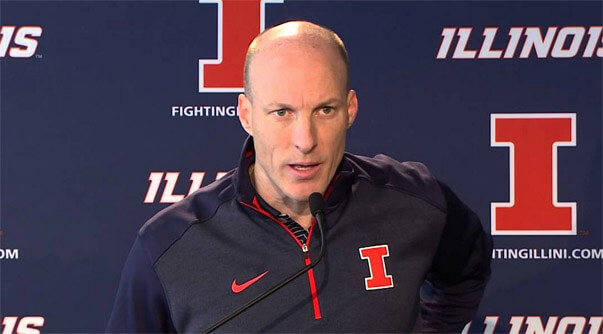 With the fall semester beginning soon on Big Ten campuses, it’s time for our final look at who’s coming and going in the Big Ten for the 2015-2016 season.

Notes: Things are getting interesting in Champaign as Darius Paul was recently dismissed following an arrest on the program’s foreign tour, Tracy Abrams is out for the season with a torn Achilles and Jalen Coleman is out indefinitely with a stress fracture.

Notes: Not much has changed for the Hoosiers in recent months other than knee surgery for James Blackmon Jr., walk-on Nate Ritchie’s decision to no longer play basketball and the addition of Josh Newkirk, who will sit out this coming season.

Notes: It’s been a quiet offseason in Iowa City, which is a departure from last summer when two players (Oglesby, Peter Jok) were arrested.

Notes: The Terrapins were recently tabbed as ESPN.com’s preseason No. 1 team.

Notes: The Spartans are currently on a foreign tour, but Harris and Alvin Ellis are not playing due to off the court issues.

Notes: The biggest Michigan basketball news of the summer wasn’t roster related. It was the announcement that the Wolverines will move to Jordan Brand next summer.

Notes: The Gophers now just have a four-man recruiting class arriving as Jonathan Nwankwo (academics) and Jarvis Johnson (medical reasons) will not be on the roster. Nwankwo is headed to VCU and Johnson will be a student at the university, but will not play. Murphy, a former VCU recruit, committed in mid-May. Minnesota also added Reggie Lynch, who will sit out as a transfer and Davonte Fitzgerald, another transfer who must sit out next season.

Notes: The Huskers announced the hiring of assistant coach Phil Beckner earlier this month. The Huskers also added Louisville transfer Anton Gill this offseason, who will sit out and become eligible in 2016-2017.

Notes: No major updates in recent months for the Buckeyes, who are going to have a much different roster next season with six newcomers arriving.

Notes: The Nittany Lions added UConn transfer Terrence Samuel, who will have to sit out next year, in early July.

Notes: The Boilermakers announced in July that the Big Ten granted Jacquil Taylor a medical hardship waiver, restoring his freshman season of eligibility.

Notes: No major news over the last couple of months for Eddie Jordan, who needs to build some roster stability as he attempts to pull the Scarlet Knights out of the Big Ten cellar.

Notes: The biggest story surrounding Wisconsin basketball is the status of Bo Ryan, who previously announced that the 2015-2016 would be his last, but now appears to be wavering on that announcement.