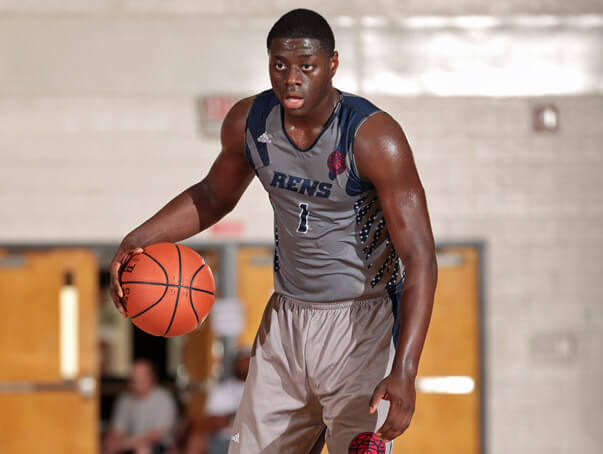 Class of 2016 five-star guard Rawle Alkins has narrowed his list of schools to 10.

Alkins is rated the No. 17 player in the 247Composite and visited Bloomington last fall for Hoosier Hysteria.

As a junior at Christ the King in Brooklyn (N.Y.), he led the school to its third consecutive city championship before announcing in early July that he would transfer to a prep school for his final high school season.

In July, Alkins led the New York Rens to the adidas Gauntlet Finale title in Atlanta. He scored 34 points, including 5-of-11 shooting from behind the 3-point line, in the championship game of that event.

He’s not expected to announce a decision until the spring of 2016.

Last April at the adidas Gauntlet stop in Fishers, Alkins ran into IU freshman forward Thomas Bryant, who was in attendance with several Huntington Prep coaches. He said Bryant encouraged him to strongly consider the Hoosiers.

“He said we could take IU by storm,” Alkins said of his conversation with Bryant. “Me and him would just kill, together.”