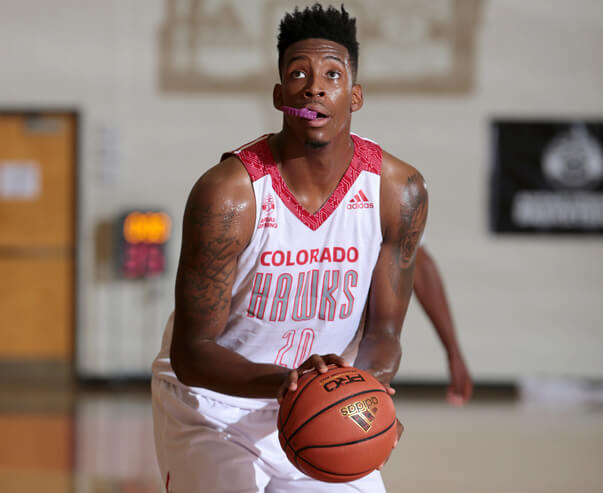 The 6-foot-9 forward, a four-star prospect, tweeted that his top three schools are Arizona, Indiana and Texas.

In an interview with Scout.com, he broke down each of his finalists:

Arizona: “Coach Miller has seen me improve my body. He basically is telling me to work. On the phone he tells how much harder I need to work and I want a coach that pushes me to get better and that’s what sticks out about Arizona.”

Indiana: “They‘ve been there for a while. He came to one of my workouts I had here for chest day. He helped me with my spot. He coaches me now and I’m not at his school. I’m pretty sure he’d do the same thing if I was at his school.”

Davis, the No. 41 player in his class according to the 247Composite, was tracked heavily by the Hoosier staff in July and took an unofficial visit to Bloomington last year.

As a junior at Overland, he averaged 16.3 points, 11.3 rebounds and 5.1 blocks per game and scored 15 points with 16 rebounds in the school’s first-ever state title.