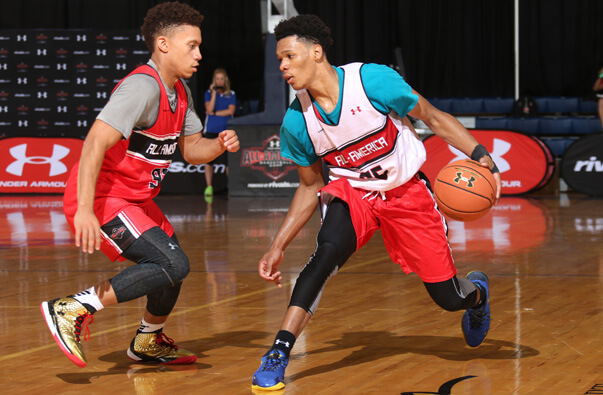 Indiana offered scholarships to a pair of class of 2017 point guards on Monday, according to reports. The two new offers went to Trevon Duval of St. Benedict’s Prep (N.J.) and Matt Coleman who played at Maury in Norfolk, Virginia, but is transferring to Oak Hill Academy.

Duval (pictured) is a five-star prospect in the 247Composite (No. 7 overall) and Coleman is a four-star at No. 27 overall.

The 6-foot-3 Duval plays with WE R 1 on the Under Armour Association circuit and Coleman, who is 6-foot, plays for Boo Williams in the Nike Elite Youth Basketball League (EYBL).

WE R 1 will play this week in the UA Association finals in Suwanee, Georgia.