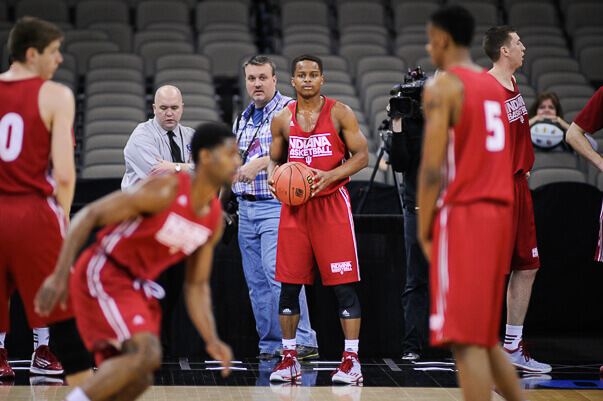 Indiana has been tabbed as a preseason top 15 team in most of the early rankings for the 2015-2016 season and in new odds released Thursday, the Hoosiers are being viewed as a legitimate title contender next season.

Oddsmaker Bovada released updated national championship odds for next season earlier this afternoon and lists the Hoosiers at 25/1 to win the 2016 title.

Indiana is tied with Gonzaga, Villanova and Wichita State for the 11th best shot to win the title next season, according to Bovada.

Maryland is the favorite to win the title at 9/1 and another Big Ten team, Michigan State, is not far behind at 16/1.

Just behind the Terrapins are Duke, Kentucky and North Carolina at 10/1.

The Hoosiers return four starters from a team that finished 20-14 and lost to Wichita State in the NCAA tournament and welcome McDonald’s All-American big man Thomas Bryant.