Max Hoetzel to transfer from Indiana 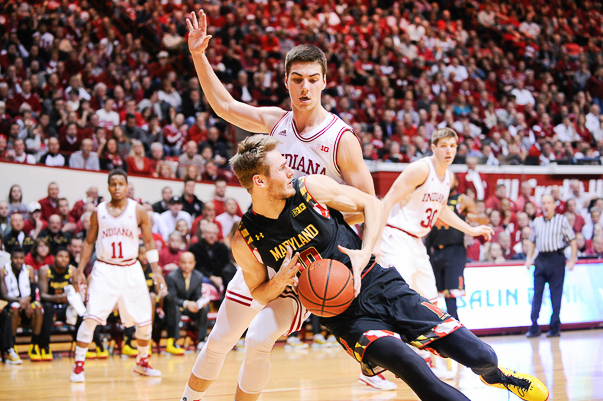 Hoetzel becomes the second Indiana player to leave the program this week as it was announced on Wednesday that sophomore Stanford Robinson would transfer.

Indiana confirmed the news of his departure in a release.

“We were always impressed with Max’s upside and potential but unfortunately in his view it did not turn into the extended minutes he wanted,” Tom Crean said. “He would like to find a clear cut opportunity to play more and we hope he finds that. He is a hard worker who we hope will fulfill his potential and have the chance to play closer to his family.”

Hoetzel, a native of Calabasas, California who played his final high school season at Wilbraham and Monson Academy in Massachusetts, averaged 2.4 points per game last season.

“I loved my time here at Indiana and can’t thank Coach Crean enough for this opportunity,” Hoetzel said in a release. “I want to find a school where I can have a bigger impact on the court. Hopefully, it will be somewhere my family can see me play more often.”