The story of Indiana’s win over Minnesota on Sunday evening was its 18 3-pointers, both a school and conference record. But Indiana also crashed the boards well, only allowing the Golden Gophers to rebound 16.7 percent of their misses. It was another key to IU’s victory.

We’ll take a look at some of Indiana’s quickest 3-point scores against Minnesota, often aided by the Hoosiers’ strong rebounding, in the latest edition of Film Session:

Though Elliott Elliason has position on this rebound, Emmitt Holt battles him from behind: 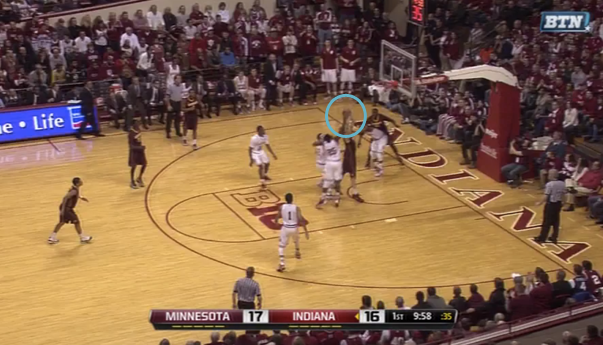 The ball bounces around and Nick Zeisloft gets a hand on it: 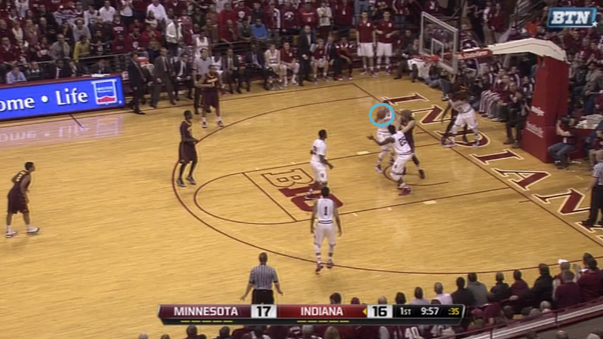 It eventually falls to Holt as the Hoosiers win the rebound. Holt passes the ball to Stanford Robinson and the Hoosiers are on the run: 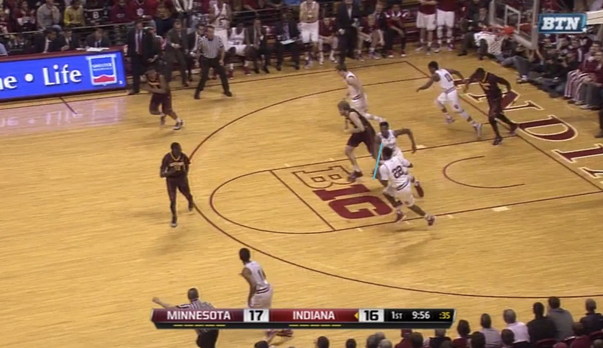 Robinson is quickly across half court and finds Zeisloft on the right wing: 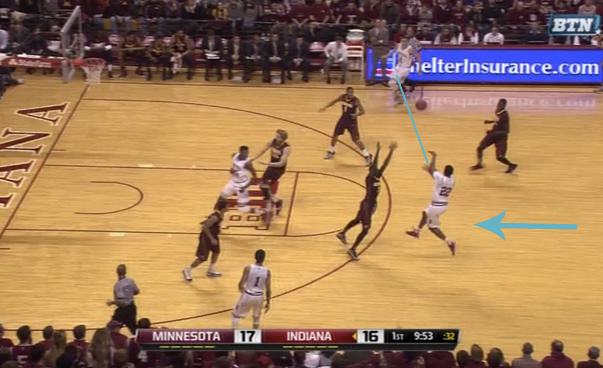 Zeisloft is covered, so he passes to Yogi Ferrell who’s moving to fill space on the right wing. Gaston Diedhiou lingers at the free throw line: 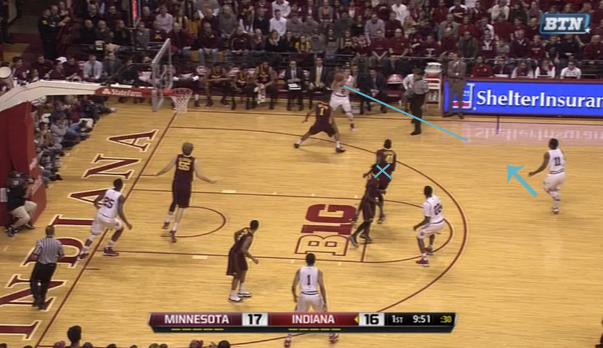 But as Ferrell turns and faces the hoop off the pass, Diedhiou is still hanging back: 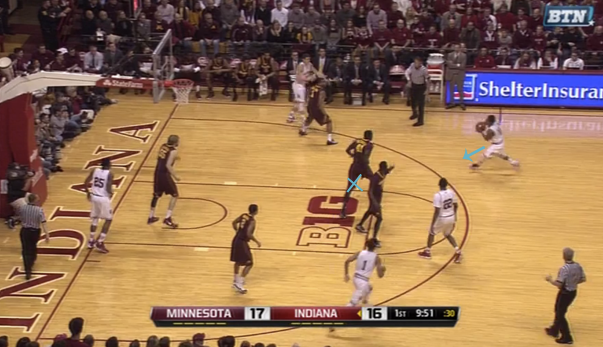 This allows Ferrell plenty of space. He rises, fires and hits just six seconds into the shot clock to give Indiana its first lead of the game: 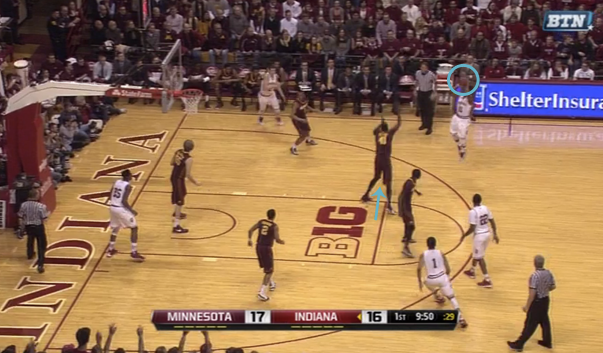 Minnesota did a decent job of recovering back on defense, but give any of Indiana’s perimeter shooters that much space and they’re going to shoot the ball.