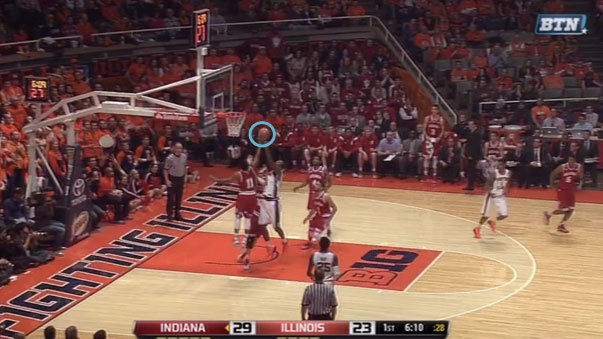 The center Egwu loses the battle to IU’s point guard as he tips it to James Blackmon Jr. Blackmon Jr. starts the break: 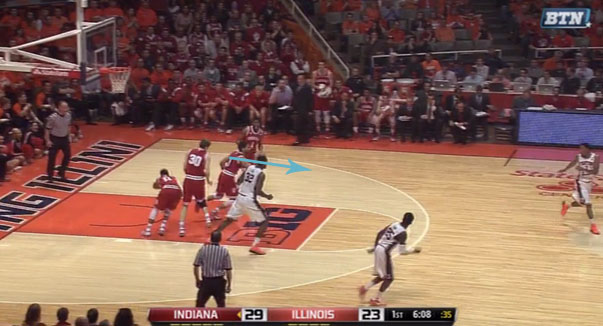 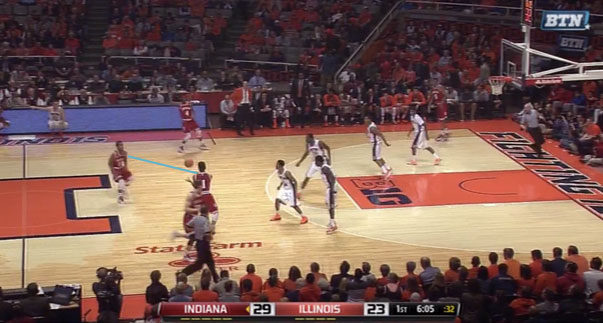 Ferrell drives into the lane and draws Jaylon Tate: 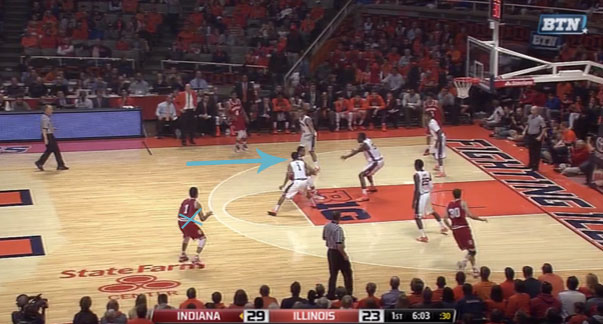 Ferrell throws the behind-the-back bounce pass out to Blackmon Jr.: 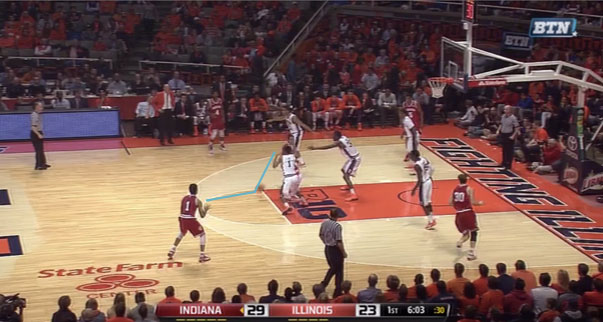 Blackmon Jr. rises and hits to put the Hoosiers up nine: 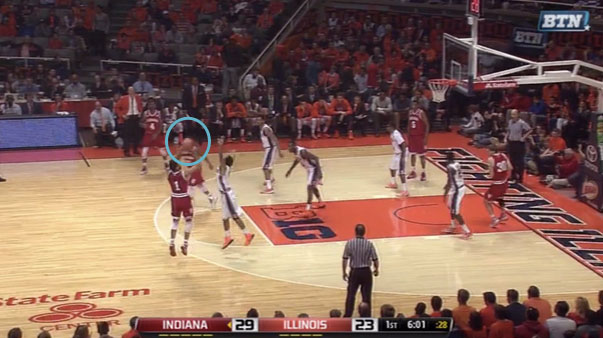 Ferrell’s decision to quickly whip a behind-the-back pass didn’t allow Tate much time to react, giving Blackmon Jr. more space to rise and fire. If he tries turning around and putting it over the top of Tate, Blackmon Jr. probably doesn’t have the space to get a shot off.