The Hoosiers pushed the pace in their win against Grand Canyon, getting a host of quick, easy looks in the process.

While he’s mostly been known to receive passes off the baseline for scores, sophomore Troy Williams is also starting to spread his wings a bit as a distributor instead of an overdribbler when he’s in the open court.

We’ll take a look at him setting his teammates up on the break in the latest edition of Film Session:

Off Grand Canyon’s first make of the game, Yogi Ferrell inbounds the ball to Robert Johnson. Williams is up ahead on the left side of the court: 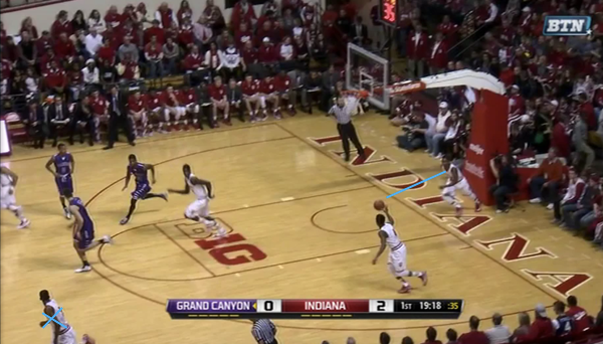 Johnson makes the pass ahead to Williams: 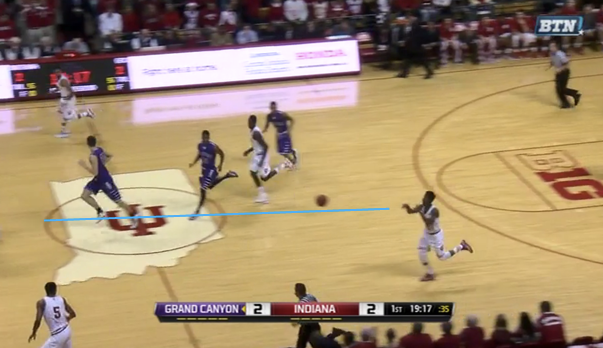 It looks like Williams might have a bit of a lane to the hoop once he gets to the left wing, but he sees James Blackmon Jr. sliding down into the corner with no defender near:

Williams does come down the left side a bit, but opts for a one-handed whip pass to Blackmon Jr. once he attracts the defense: 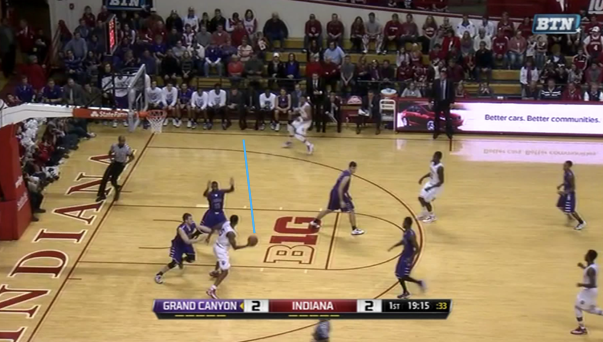 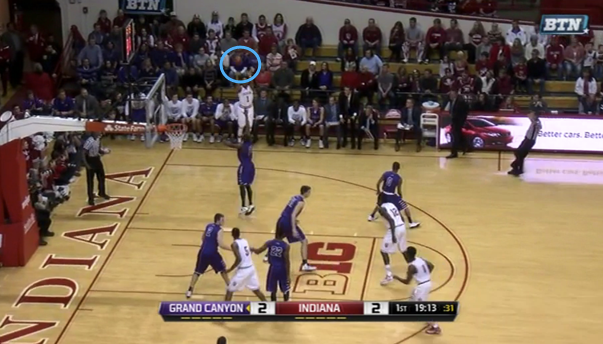 On an off shooting night for the Hoosiers, he misses the shot. But he picks up a rebound that bounced around and recovers for two points: 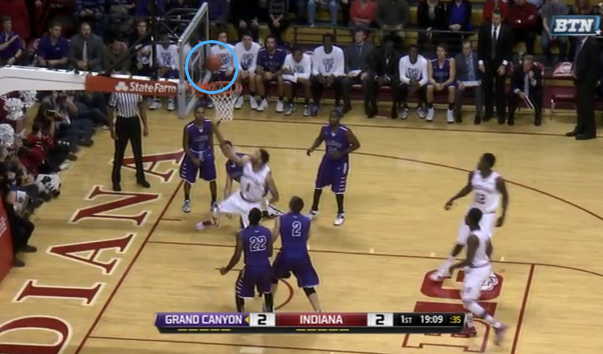