Indiana’s defense was a cause for concern in Saturday’s win against Lamar. At one point in the second half, the Hoosiers surrendered seven straight buckets to the Cardinals.

We’ll take a look at what what wrong during that run in the latest edition of Film Session:

In a 2-3 zone, Indiana is communicating movement early: 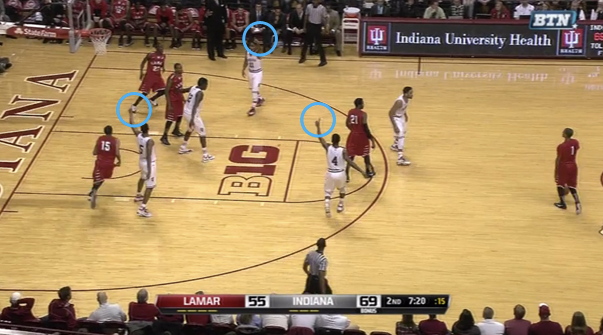 Ferrell continues to call out movement: 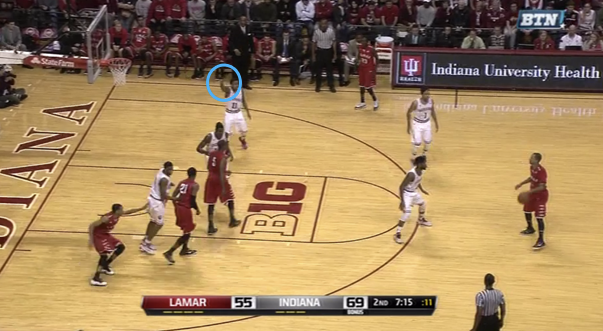 But as the possession goes along, Ferrell is pinched into the lane line and doesn’t notice Lamar sneaking behind him to the rim: 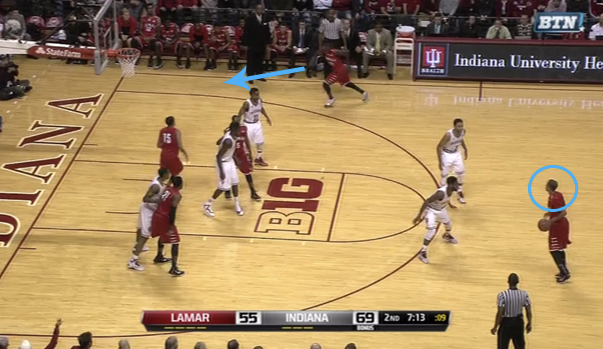 By the time the alley-oop is thrown and Ferrell recognizes what’s happening, he’s met with a back pick and has no shot at defending play: 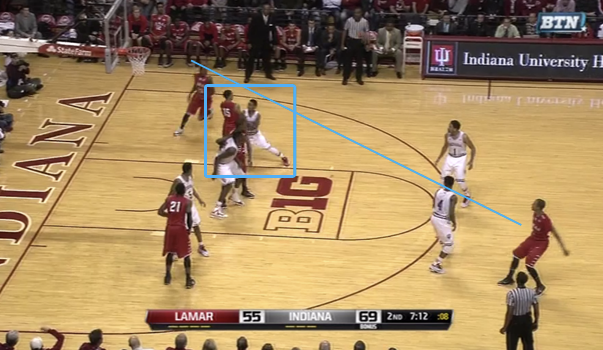 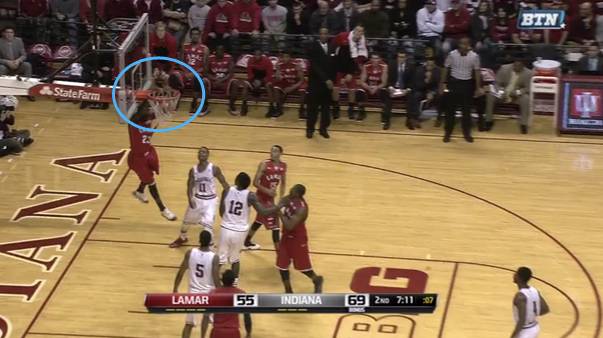