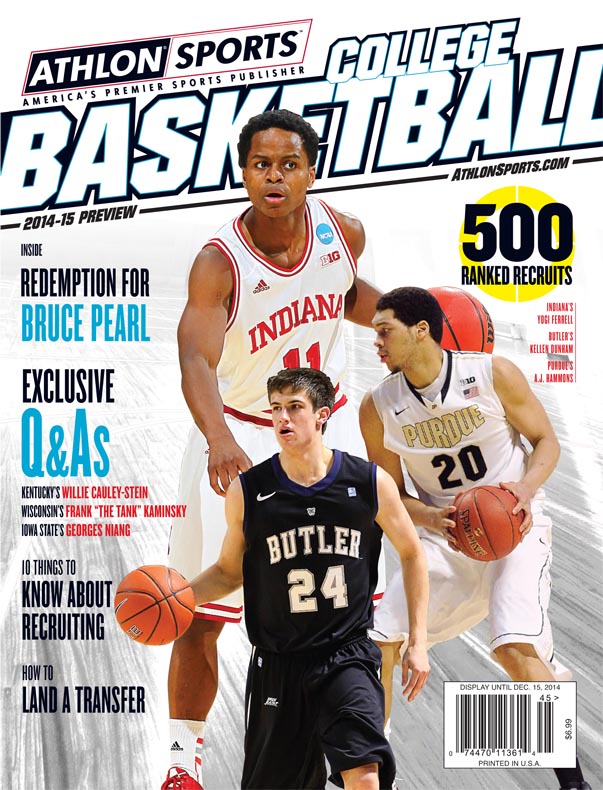 We’ve already shared some preseason predictions from the Sporting News college basketball yearbook and Lindy’s Sports, but a third publication, the Athlon Sports 2014-2015 preview magazine, is still to hit newsstands.

While the magazine won’t hit newsstands until later in the month, Indiana is picked to finish eighth in the conference.

Athlon picked the top seven Big Ten teams to make the NCAA tournament and has the Hoosiers headed to the NIT.

Junior point guard Yogi Ferrell is featured on a regional cover for the magazine along with Butler’s Kellen Dunham and Purdue’s A.J. Hammons.

Some more Big Ten and IU-centric notes from the magazine after the jump.

· Ferrell is also on Athlon’s second team “All-Juniors” and is mentioned as the sixth best “floor leader” in the country.

· Indiana’s incoming recruiting class is ranked third in the conference.