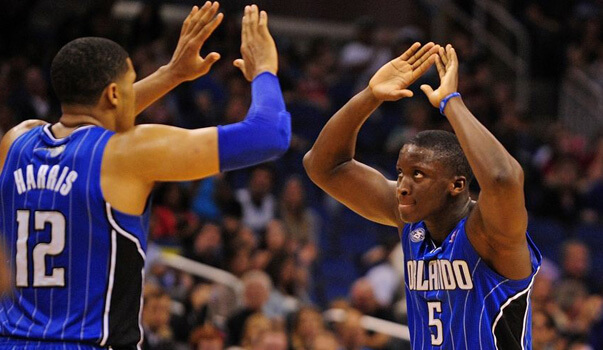 Former Indiana All-American and Orlando Magic guard Victor Oladipo is among the group of players selected to compete against the USA Basketball men’s national team players at a three-day training camp in Las Vegas later this month, according to Adrian Wojnarowski of Yahoo! Sports.

Oladipo, who was the runner-up in the NBA’s rookie of the year voting this past season, averaged 13.8 points, 4.1 rebounds, 4.1 assists and 1.6 steals per game in his first professional season.

The training camp begins on July 28, which should allow Oladipo to play in next Saturday’s Knox Indy Pro-Am IU-Purdue alumni game at IUPUI.

The purpose of the training camp is for USA Basketball to pair down its roster of 19 players, announced last Monday, to 12 in advance of the FIBA Basketball World Cup, which begins August 30 in Bilbao, Spain.