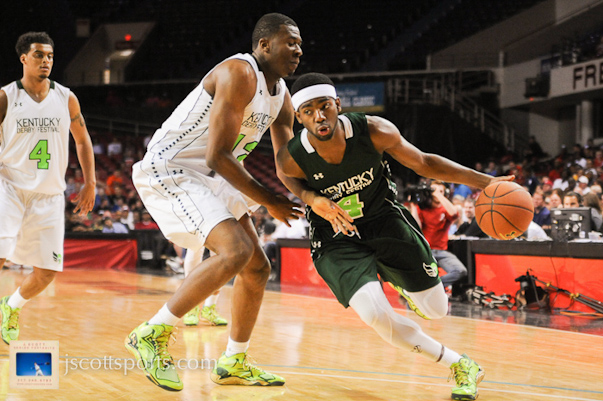 In the third installment of our scouting video of Johnson, we look back at a February 4 meeting with the Millwood School, a private school in Midlothian, Virginia.

Benedictine prevailed on its home court, 76-62, as Johnson finished with 30 points (11-of-19 shooting), eight rebounds and seven assists in 26 minutes. To start the game, Johnson made five consecutive 3-pointers.

This video, available after the jump, has a little bit of everything to give you a more complete look at Johnson’s game including made shots, some missed shots, a few defensive plays, a few assists and several rebounds as well.