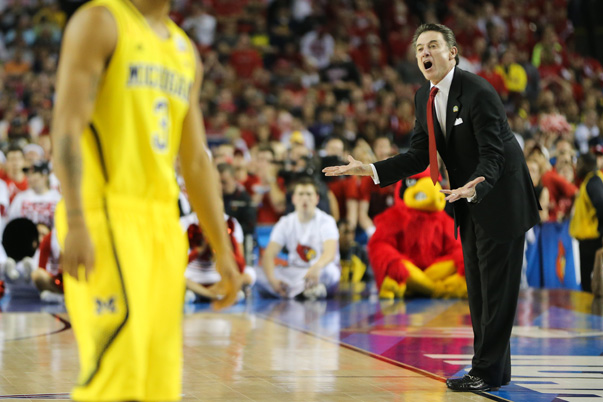 As reported last August, Indiana and Louisville will play in the Jimmy V Classic at Madison Square Garden next December.

Earlier today, ESPN announced further details about the event, including television coverage, an approximate tip time and the second game that will be a part of the doubleheader.

Here are the full details, via an ESPN press release:

The early-season event will conclude the eighth annual Jimmy V Week, a weeklong initiative across multiple ESPN platforms and programs featuring special content to help raise funds for cancer research. In seven years, Jimmy V Week has generated $8,246,000 in total contributions for The V Foundation for Cancer Research, including a record-setting number of $1,827,000 in 2014.

Each game will include a defending conference champion that participated in the 2014 NCAA Division I Men’s Basketball Championship and lost to an eventual Final Four team: Defending BIG EAST regular-season champion Villanova, a two-seed in the NCAA Championship, lost to Connecticut while American regular-season co-champion and conference champion, Louisville, lost to Kentucky in the Sweet Sixteen.

Villanova vs. Maryland at 7 p.m.: Villanova has defeated Maryland in four of the five all-time meetings. Maryland, making its Big Ten Conference debut next season, will make its first appearance in the Jimmy V Classic. Villanova will play in its third Jimmy V Classic, losing the previous two games: 67-58 to Texas in 2008 and 81-71 to Missouri in 2011.

Indiana vs. Louisville at 9 p.m.: Indiana holds a 10-6 record over Louisville, but lost the last meeting between the teams in 2003. Indiana has won its previous two Jimmy V Classic games, defeating North Carolina 82-73 in 1999 and Pittsburgh 64-54 in 2009. Louisville, making its Atlantic Coast Conference debut next season, will play in its second Jimmy V Classic after losing to Arizona 72-65 in 2006.

Tickets for the Jimmy V Classic will go on sale at a later date this fall. Tickets prices range from $15-$250 and will be available for purchase at the Madison Square Garden Box Office, Ticketmaster charge by phone at (866) 858-0008 and online at www.ticketmaster.com and www.thegarden.com.