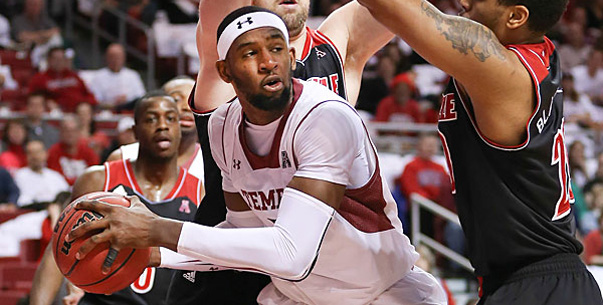 Temple transfer Anthony Lee has started the visit process of his recruitment following the announcement of his five finalists earlier this week.

Having narrowed his list of schools he is considering to Ohio State, Louisville, Indiana, Iowa State and Notre Dame, Lee and his parents will be in Columbus, Ohio, from Thursday to Saturday on an official visit to Ohio State.

The meeting “went well,” Lee told Inside the Hall on Thursday, but no trip to Bloomington has been scheduled. In fact, no other visit has been planned outside Ohio State.

“Everybody wants to be last,” Lee’s father, Anthony Lee Sr. told Inside the Hall. “But we are definitely planning on taking other visits.”

And on Thursday, yet another school entered the fray of Lee’s recruitment: Kansas.

With a report this morning that Jayhawks center Joel Embiid will enter the NBA draft, Lee Sr. told Inside the Hall that Kansas has approached the family and is recruiting Lee. He would not confirm, nor deny, that Kansas is among Lee’s finalists, however.

Just last week, when Lee first announced his intentions to transfer, he called Indiana “a front-runner” in his recruitment. More than a week later, his father confirmed the Hoosiers remain near the top in his son’s recruitment.

When it comes to making the final decision, Lee and both his parents will be involved in the process of deciding where he will attend his final year of school.

In his redshirt junior year at Temple this season, Lee led the American Athletic Conference with 8.6 rebounds per game while adding 13.6 points per game, as well.