Ferrell throws a crossover at Walton and he’s by him again. Williams is deep in the left corner, almost out of the frame: 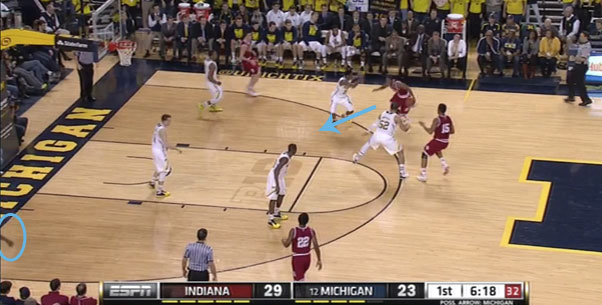 Ferrell comes into the lane and Morgan helps. Nik Stauskas is there to protect the rim and is no longer keeping an eye on Williams. So Williams gets on the move towards the rim: 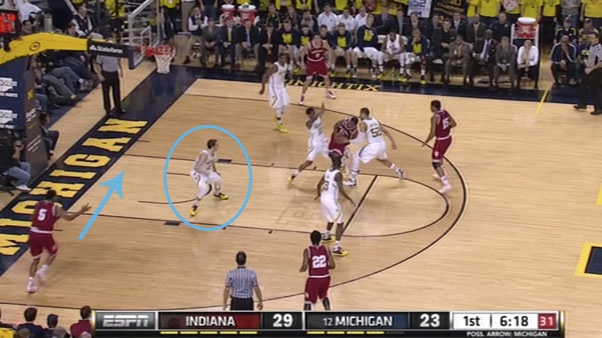 As Ferrell comes through and threads another pass to Williams, Stauskas is anticipating. But he still thinks Williams is more out on the wing and so he moves left as Ferrell is passing. This allows Williams to catch going to the rim: 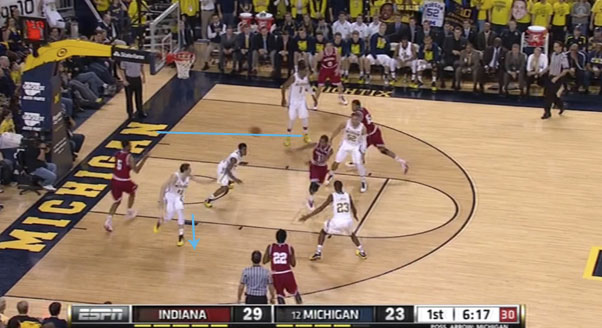 And score on the other side of it, despite Morgan chasing: 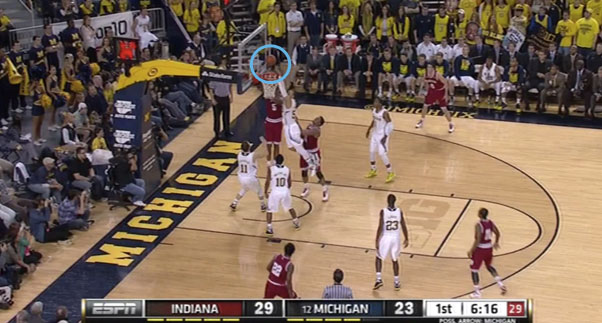