The Boilermakers ran the Hoosiers out of Mackey Arena on Saturday afternoon by a score of 82-64. It was a rough one for IU, as poor communication, missed lay-ups and some stagnant offense in the second half led to the blowout loss.

A look at some of their issues in the second half in the latest edition of Film Session:

Yogi Ferrell drops in IU’s first field goal of the second half with a trey from the left corner: 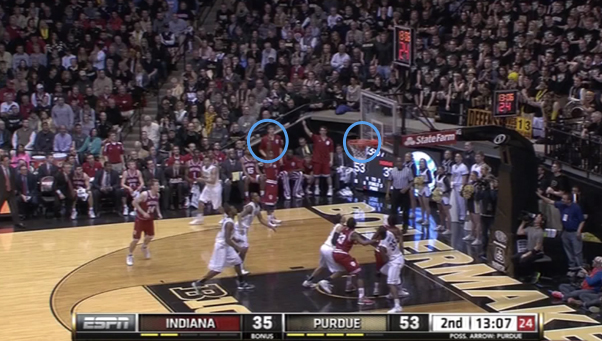 But on the other end, Indiana’s D give two points right back. Bryson Scott brings the ball up the right wing as Ferrell begins to sweep through. Jeff Howard, Jeremy Hollowell and Stanford Robinson are in a line at the top of the key: 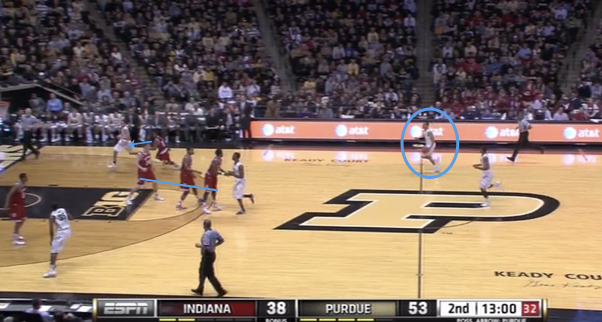 But no one talks and picks up the ball and Scott starts to make a move off the perimeter. Howard recognizes that no one picked up the ball, but he’s still several feet away when Scott attacks: 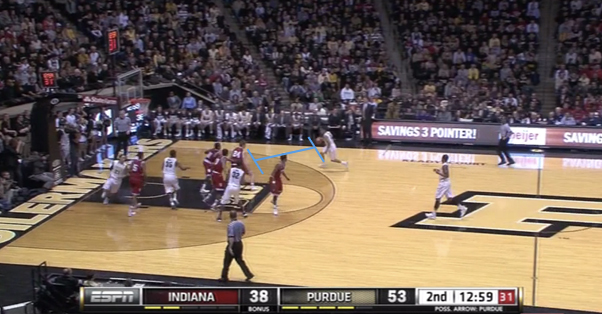 Howard does a decent job of getting his hands up and distrupting the shot: 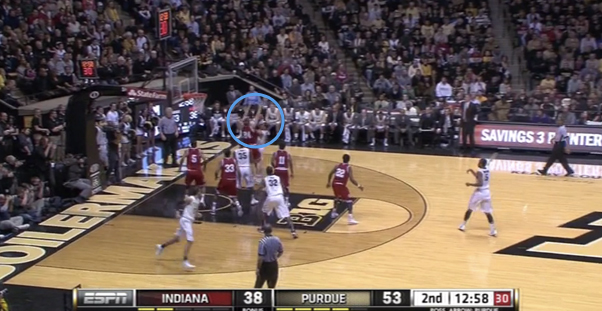 But Scott hits the shot: 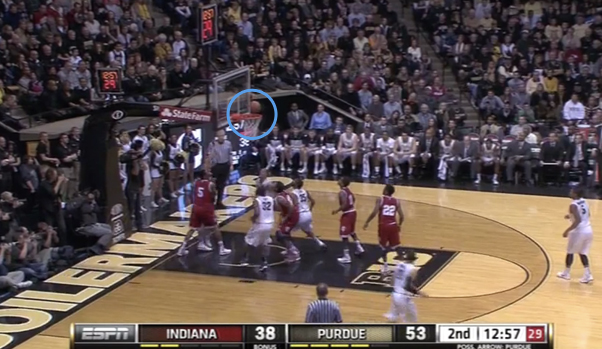 While Howard was able to recover somewhat here, Indiana’s inability to simply pick up the opposition’s ballhander at the onset of the possession meant Purdue quickly picked up two points.