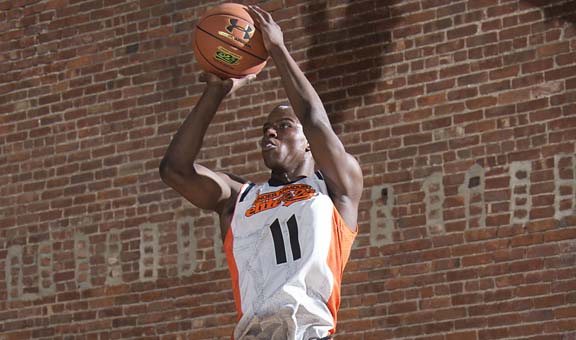 After announcing a list of five schools earlier in the week, class of 2014 Lincoln (N.Y.) guard Isaiah Whitehead ended the recruiting process in a press conference on Thursday afternoon at his high school.

“I would like to announce that I’ll be taking my talents to Seton Hall University,” Whitehead said at his press conference.

Whitehead, the No. 17 player in the 247Composite, also considered Indiana, Minnesota, Pittsburgh and St. John’s.

The 6-foot-4 guard took an unofficial visit to Bloomington in late August.

Indiana remains involved with several other backcourt options in the class of 2014, most notably James Blackmon Jr., Lourawls Nairn and Robert Johnson, who will announce his decision on Friday.

Nairn is scheduled to take an official visit to Bloomington this weekend and Blackmon Jr. has discussed using making of his five official visits to Indiana.

Australian star Dante Exum also has Indiana in his list of five finalists.