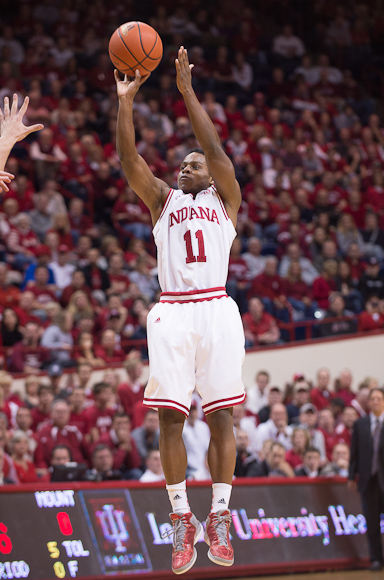 ESPN announced its annual “Super Tuesday” schedule Monday afternoon, and there is a significant Indiana presence on the list.

The Hoosiers lead all Big Ten teams with four games scheduled for Super Tuesday. Iowa, Michigan State and Ohio State each have three games featured, and Michigan and Wisconsin will play twice.

Below is the full release from ESPN:

ESPN has announced its Super Tuesday schedule for the 2014 men’s college basketball season – showcasing a game from the Big Ten and the SEC each Tuesday beginning January 7. The ESPN doubleheader will tip-off at 7 p.m. ET, followed by a 9 p.m. game. The Big Ten and the SEC will play conference matchups, switching timeslots on varying weeks, through the nine-week series that wraps up March 4.

All games will be available through WatchESPN, accessible online at WatchESPN.com, on smartphones and tablets via the WatchESPN app, through ESPN on Xbox LIVE to Gold members and on Apple TV to fans who receive their video subscription from an affiliated provider.

The Super Tuesday schedule features some of the top teams in the nation according to ESPN.com’s preseason top 25 poll. Highlights:

— Every game in the schedule involves a team in the top 25, including seven matchups where both teams are ranked. 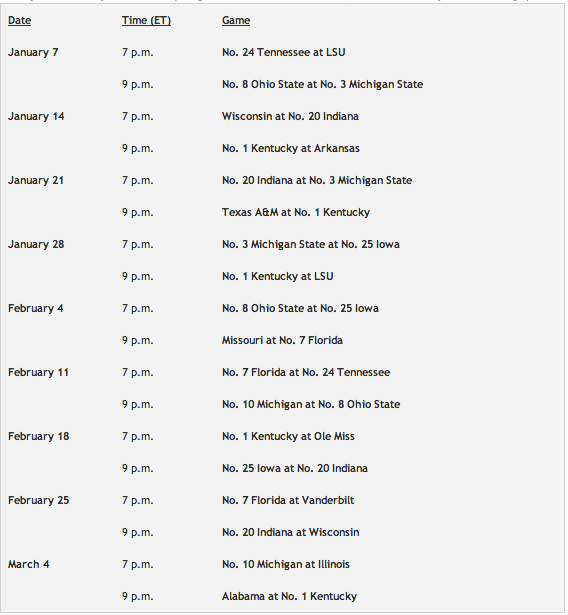