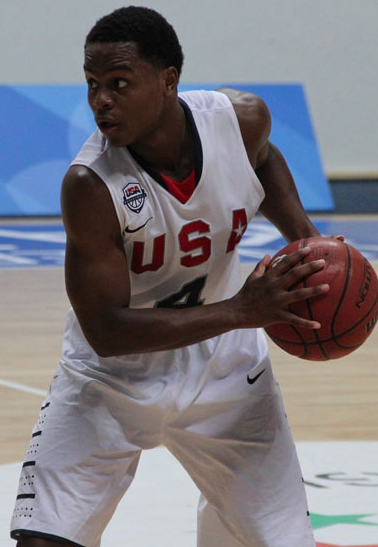 Update: Team USA fell to Canada, 94-85, and is eliminated from medal contention.

If USA Basketball is to keep hope alive for its first goal medal in men’s basketball at the World University Games since 2005, it must beat Canada on Friday.

That’s because the Americans fell to 3-1 in pool play on Thursday with a 93-84 loss to Australia.

A win on Friday against Canada would create a three-way tie at 4-1 in Pool C and only two teams advance to the medal round.

The tiebreaker would come down to point differential and according to a release by USA Basketball, Team USA needs to beat the Canadians by 10-or-more points to finish ahead of at least Australia in the standings. If the USA loses to Canada, it would play for ninth place at best in the event.

Thursday’s loss to Australia, which Team USA led by five points entering the fourth quarter, was the second for the group since arriving in Kazan, Russia and came at a costly time.

Yogi Ferrell was one of four players in double figures of Thursday’s loss with 10 points, but finished just 4-of-16 from the field. Ferrell also had five rebounds, four turnovers and three assists in 23 minutes.

Will Sheehey finished with four points in 10 minutes.

Through four games, Ferrell is the team’s second leading scorer at 13.0 points per game. He’s also averaging 5.5 assists, 3.3 rebounds and 1.3 steals in a reserve role.