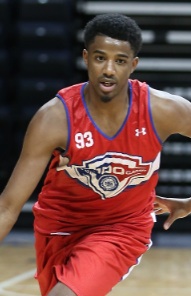 Lyle, the No. 22 player in the class of 2014 according to ESPN.com, trimmed his list to Florida, Indiana, Louisville and Tennessee earlier this month at the NBPA Top 100 Camp at the University of Virginia and said he would take official visits to all four finalists.

“I’m going to be a cardinal and attend the University of Louisville for college. Thanks to everyone who has supported me. Also thanks to all the coaches who have been recruiting me. I think it’s the best decision for me and my family.”