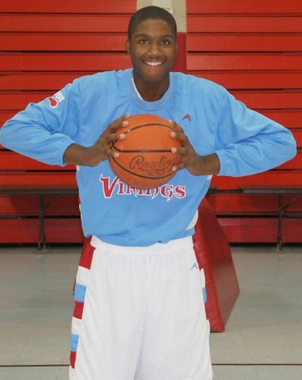 The IU staff watched Bragg during his high school season and more recently, Tom Crean was at the adidas Hoop Classic in Wadsworth, Ohio during the second April evaluation to see Bragg play for his travel team, the Ohio Basketball Club.

The 6-foot-9, 200-pound forward is a long, versatile forward who excels in transition, can finish at the rim and also step out and shoot.

When Inside the Hall talked to Bragg last fall at the John Lucas Camp in Louisville, his lone scholarship offer was West Virginia.

Since then, he’s picked up offers from Cincinnati, Illinois, Missouri, Ohio State, Texas and others.

He’s rated the No. 23 prospect overall in the 2015 class according to ESPN.com. Bragg and the Ohio Basketball Club will play this weekend in Ft. Wayne at the Bill Hensley Memorial Spiece Run-N-Slam Classic.