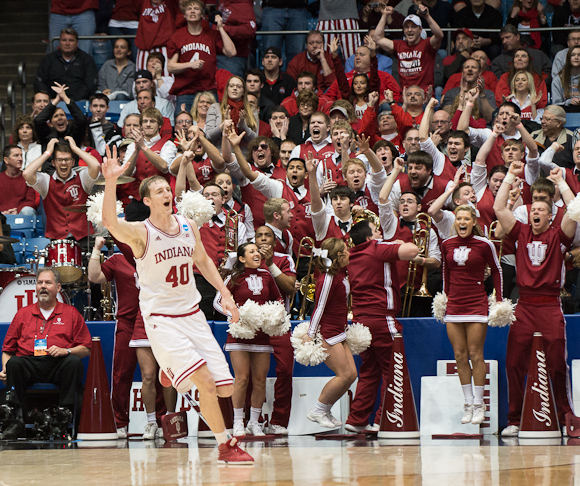 A day after junior All-American Victor Oladipo announced he would forgo his senior season and declare for the 2013 NBA Draft, Indiana is expected to lose another All-American early to the NBA.

Sophomore Cody Zeller, according to reports by Bob Kravitz and Dustin Dopirak, will forgo his final two seasons of eligibility and enter the 2013 NBA Draft.

The announcement is expected to take place at approximately 4:10 p.m. at Assembly Hall and will be shown live on IUHoosiers.com.

Zeller is projected as a lottery pick in several mock drafts, with DraftExpress.com ranking him as the No. 6 overall prospect.

The 7-foot big man was a second team AP All-American and averaged 16.5 points, 8.0 rebounds and 1.3 blocks and shot 56.2 percent from the field as a sophomore.

Zeller’s departure means that Indiana is now at 14 scholarship players for the 2013-2014 season.