The Hoosiers closed out Sunday’s win against Temple with a 10-0 run which sealed a 58-52 victory.

It was both defense and offense during that run which has them heading to Washington D.C. A close look at two defensive stops and Victor Oladipo’s 3-pointer in the latest edition of Film Session:

Nursing a two-point lead, Temple bleeds some clock in this possession. Rahlir Hollis-Jefferson brings the ball inside the 3-point line for the first time with 17 seconds left on the clock and passes to Anthony Lee: 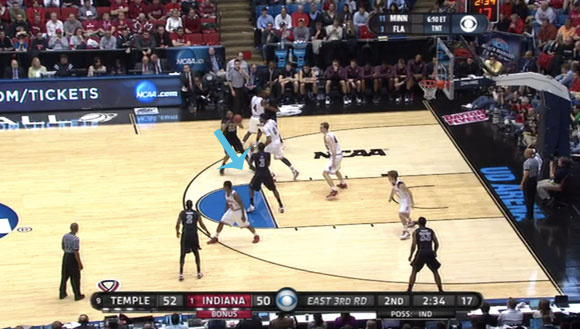 But it’s brought back up top and eventually gets to — who else — Khalif Wyatt with just eight seconds left on the shot clock. Lee comes to set a ball screen for him: 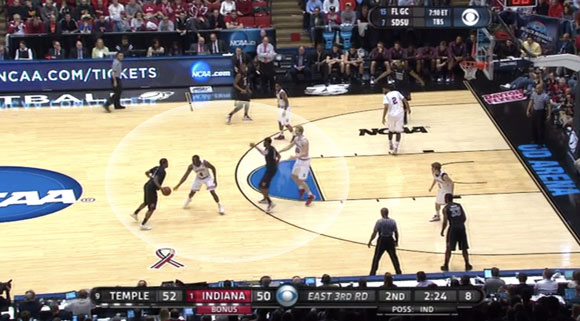 But with Oladipo and Cody Zeller both blitzing and Jordan Hulls near the action as well, Wyatt is almost being triple-teamed and he looks for Lee, who is cutting to the rim: 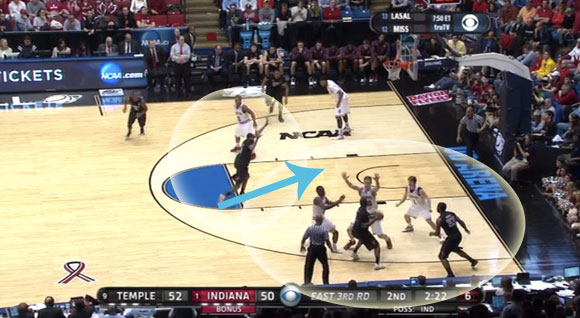 Lee receives the pass, and here comes Christian Watford off the weak side: 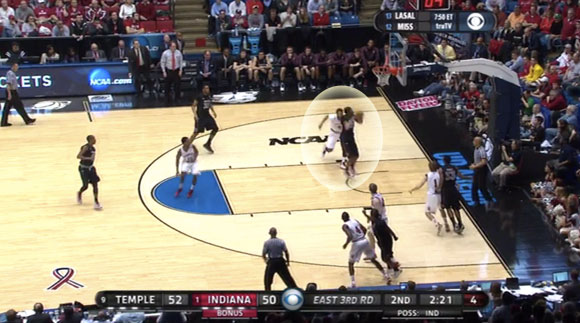 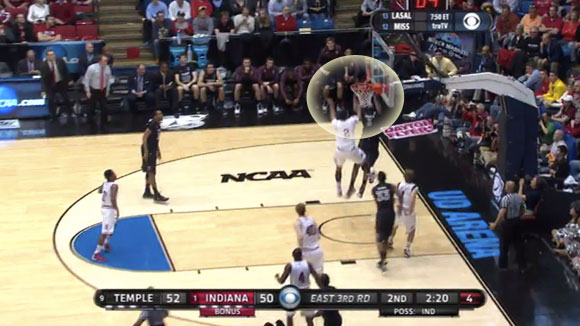 But this play isn’t over as Lee recovers the ball. Here’s Jordan Hulls being pesky and houding at the ball with just two seconds left on the shot clock: 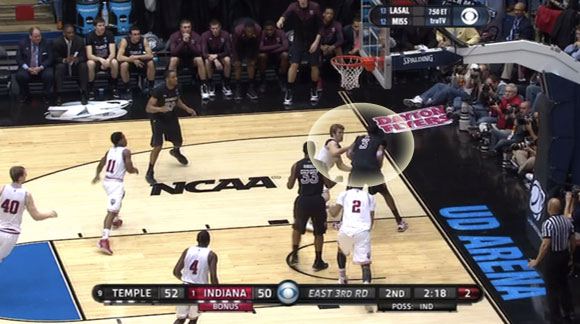 Lee turns towards the hoop and has a tough angle with his left hand on the wrong side of the glass: 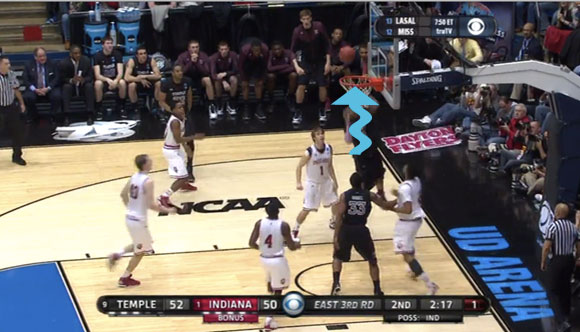 It’s a point blank shot, but with Hulls’ D and him having to turn quick and shoot from a tough angle, it doesn’t drop. Oladipo comes in and deflects the rebound, which Watford snatches: 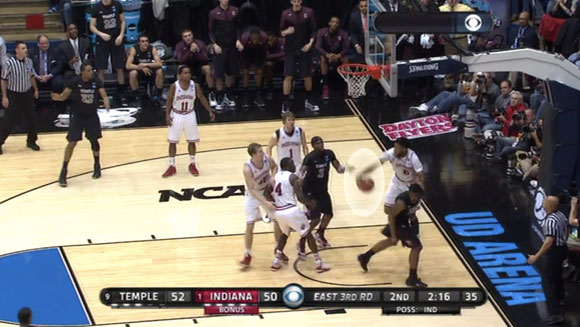