Film Session: A look at JMU

The Dukes of James Madison University hit 8-of-23 from distance (34.8 percent) to advance past LIU-Brooklyn on Wednesday night 68-55. The Blackbirds played a healthy amount of zone in the game and it allowed JMU all those looks from distance, as they moved the ball around and found open shooters on the perimeter. Indiana is unlikely to throw much, if any, zone at JMU. Still, the Dukes did hit a couple 3-pointers off drives when the Blackbirds were playing man — similar to how IU gave up 3-pointers to the Badgers on Saturday.

A look at those two 3-pointers, as well as two scores from the team’s top scorer and rebounder, Rayshawn Goins, in the latest edition of Film Session: 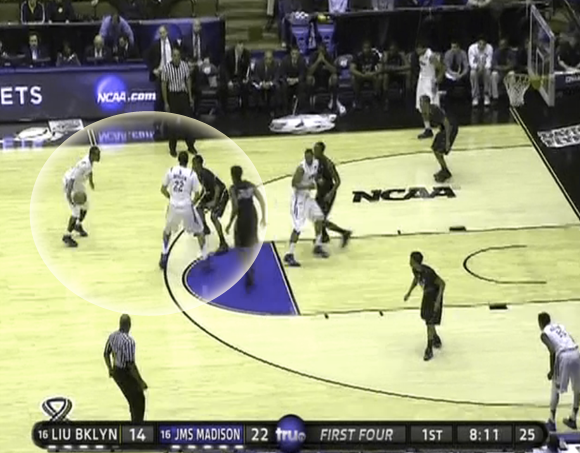 LIU-Brooklyn initially hedges, but as the defenders switch back, it allows Devon Moore to make his move to the lane: 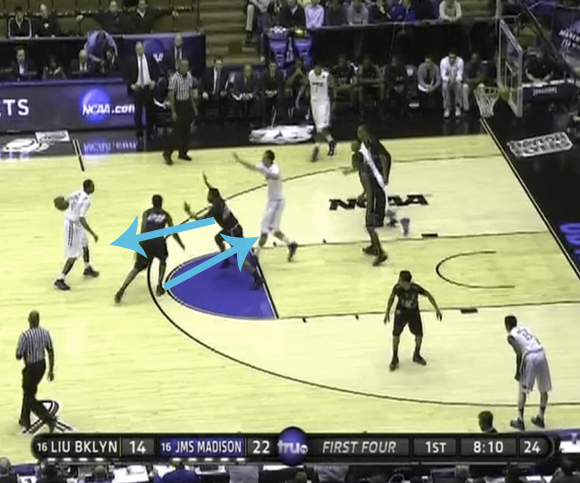 From there, C.J. Garner comes to help off the corner: 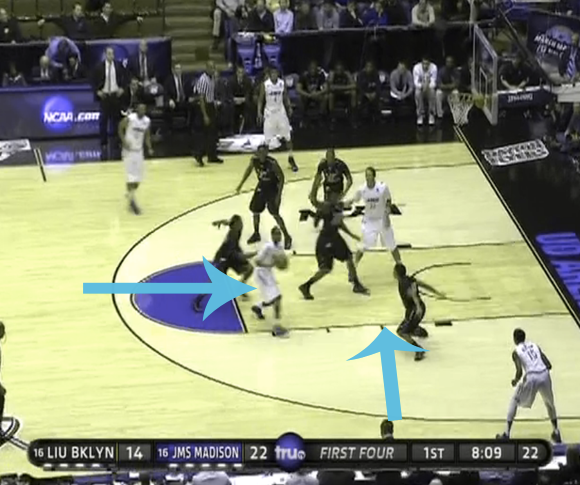 He then complicates matters by going for the steal, moving his momentum, for a brief instance, in the wrong direction: 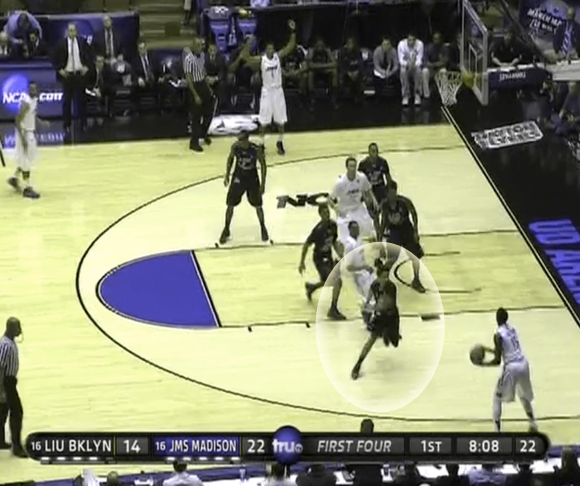 This allows Andre Nation a strong look, which he hits: 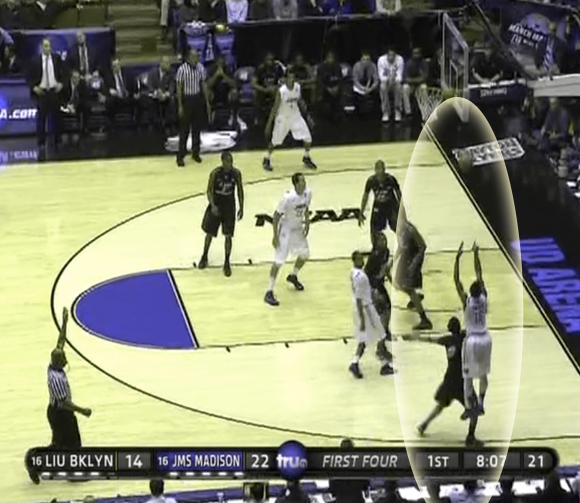