Freshman point guard Yogi Ferrell scored a career-high 19 points in Indiana’s 73-60 win over the Hawkeyes on Saturday night. His scoring was aided by a strong night at the line (8-of-10), but Ferrell also flashed some serious skill in penetrating off the perimeter for scores at the rim.

A look at three such drives and a jumper from Ferrell in the latest edition of Film Session:

I. Here Ferrell gets a ball screen from Cody Zeller, but Iowa’s D is swarming: 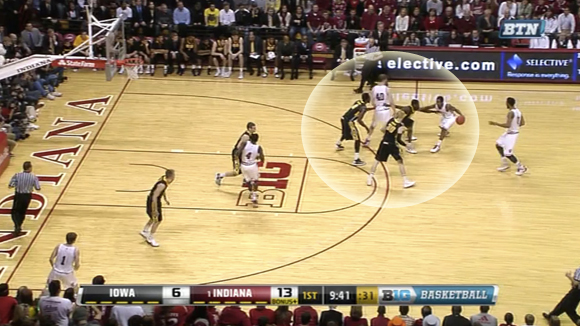 As Watford comes down the court, he gives Ferrell a quick brush screen: 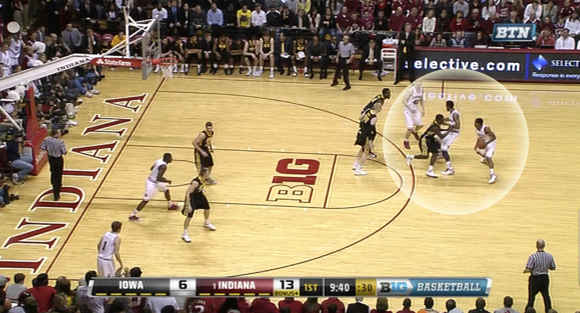 Ferrell doesn’t get free via either screen, so he takes matters into his own hands with the Iowa defense spreading out and a lane developing left. Ferrell dribbles right … : 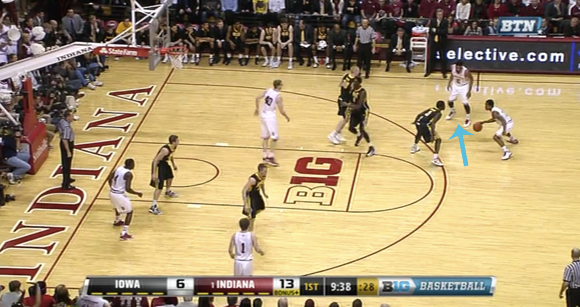 And crosses over Anthony Clemons. Clemons stands upright and uses his hands as Ferrell hits the top of the key, the wrong move if you’re looking to stay with a player as quick as Ferrell: 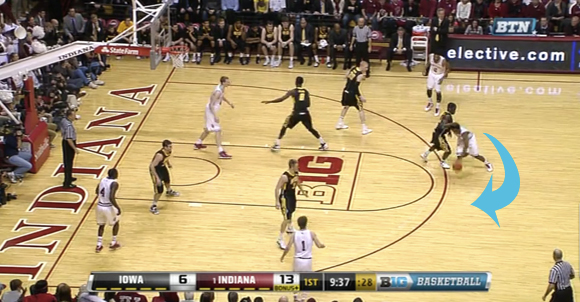 Gabriel Olaseni comes over the help, but Ferrell rises up and gets the ball off over both of them for the score: 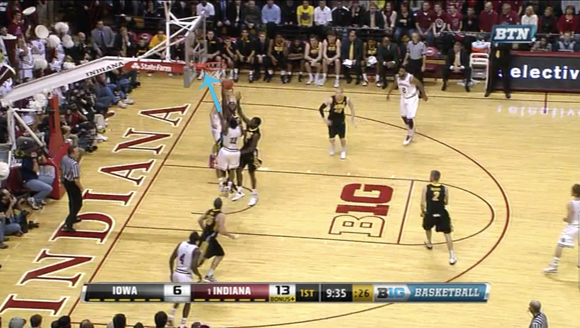