Indiana freshman Yogi Ferrell tallied a career-high nine assists against Mount St. Mary’s in Wednesday evening’s 93-54 win. The Hoosiers shot 70.6 percent for the game and Ferrell’s assists aided in the strong shooting, as several led to looks at the bucket or open 3-point attempts.

A look at three such dimes in the latest edition of Film Session:

I. Kristijan Krajina sets a ball screen for Rashad Whack: 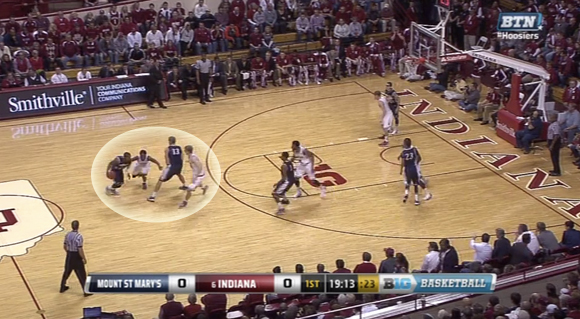 As is usually the case this season on a ball screen out on the perimeter, Zeller hedges. He gets a hand in on Whack: 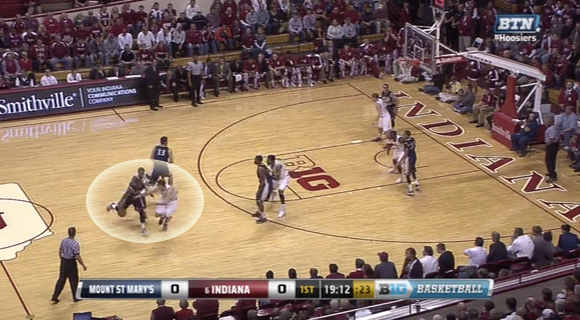 Whack puts the ball behind his back to avoid Zeller’s hands, but Yogi is behind him and gets the steal: 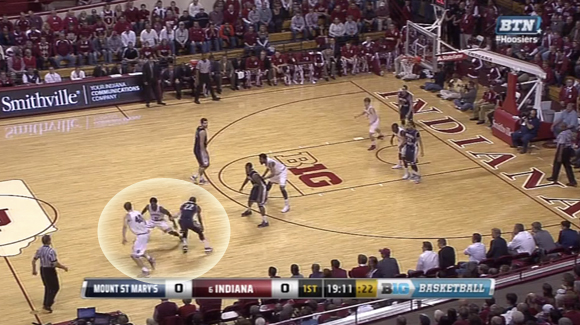 From there it’s just a simple pass ahead to Zeller: 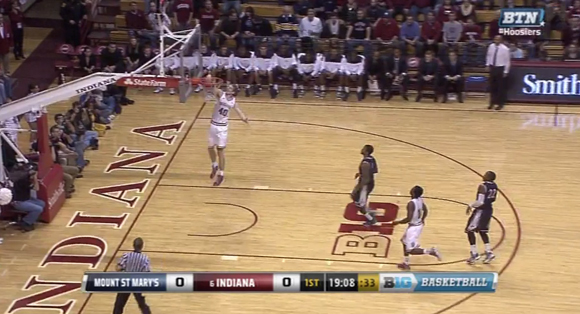 II. This play starts on a Christian Watford block on a 3-pointer: 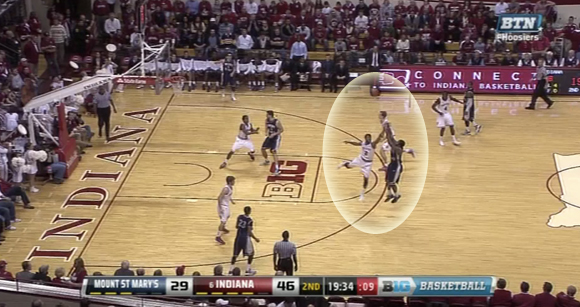 Ferrell grabs the ball and Victor Oladipo is already heading down the court before Ferrell even begins to advance it: 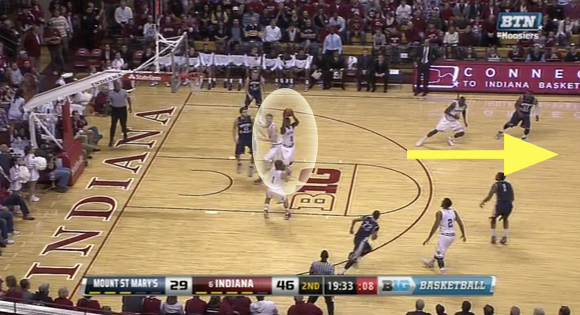 Ferrell has Watford and Oladipo ahead of him as potential options on the wings: 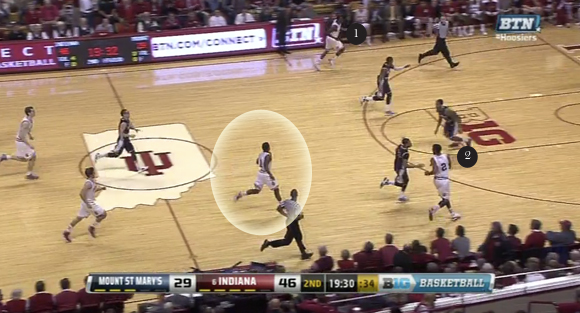 But with nothing doing, he sees Zeller coming from behind, who begins to fill space in the middle. He waits and then throw a pass with his right hand around the defender to Zeller:

Who gets another dunk: 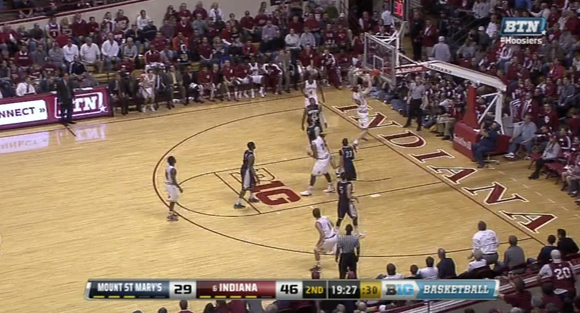 III. Off a Mount St. Mary’s made 3-pointer, Ferrell gets the ball inbounded to him: 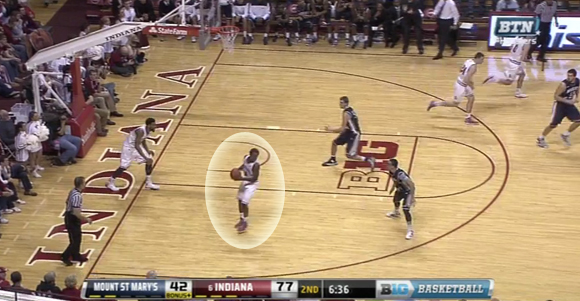 Ferrell splits the defenders once across the timeline and has both Watford as a trailer and Sheehey — who’s noticing the defense falling asleep on him — as options: 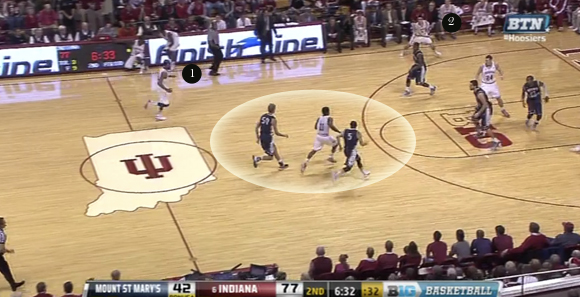 Sheehey cuts to the rim and Yogi knifes a pass between the defenders and in to him: 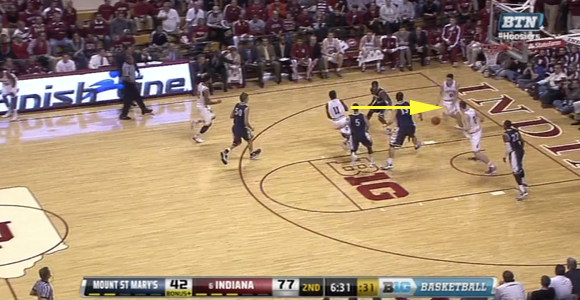 He throws down a reverse dunk: 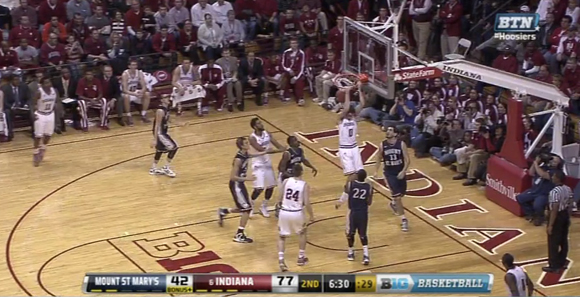