Around the Hall: Zeller firmly in POY race 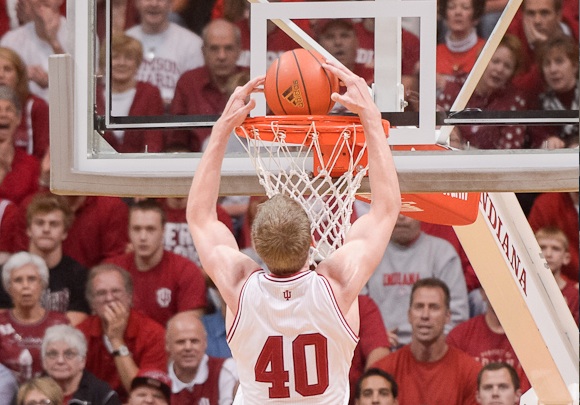 · Jason King of ESPN.com reveals his ballot for the Wooden Award to-date and CBSSports.com updates its top ten candidates thus far for player of the year.

· The Hoosiers are the No. 1 team in the Big Ten power rankings written by Eamonn Brennan of ESPN.com.

· 2013 IU signee Troy Williams returned home to the peninsula and scored 24 points and grabbed 15 rebounds as Oak Hill cruised to an 82-45 win on Thursday evening.

· Kyle Neddenriep of The Indianapolis Star looks at some of the top high school games in the state this weekend.

· Former IU standout A.J. Moye has overcome the stroke he suffered two years ago and is making a difference as a high school coach in California.

· Louisville coach Rick Pitino wants to play Indiana on a neutral court in Indianapolis next season and follow it up with a home-and-home.

· Yogi Ferrell checks in as the 18th best freshman in the country so far, according to John Gasaway of ESPN Insider ($).

· Malachi Richardson talks about receiving a scholarship offer from Indiana.

· The latest rankings from Draft Express have Cody Zeller at No. 3 and Victor Oladipo at No. 42.