Indiana recorded a season-high nine steals against Ball State in its 101-53 win on Sunday evening.

A look at three steals the Hoosiers quickly turned into scores — a large point of emphasis for a defense now ranked No. 6 in adjusted defensive efficiency according to KenPom — in the latest edition of Film Session.

I. Jauwan Scaife is guarded by Maurice Creek up top: 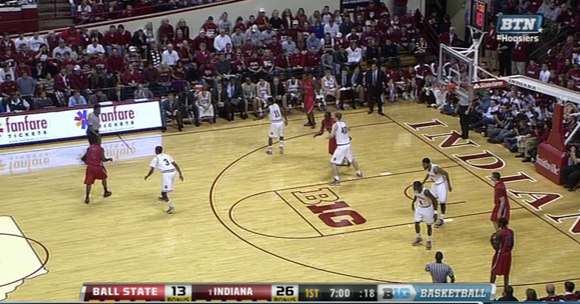 Majok Majok comes to set a ball screen for Scaife as Zeller hedges: 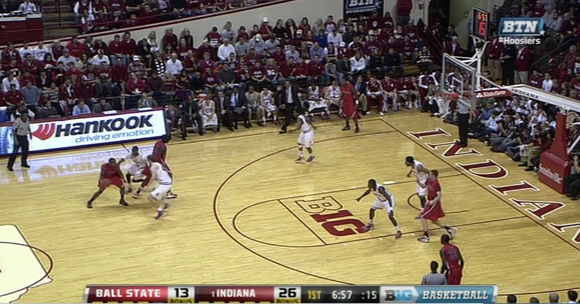 As Scaife looks to split the defenders, Zeller gets a hand in and pops the ball loose: 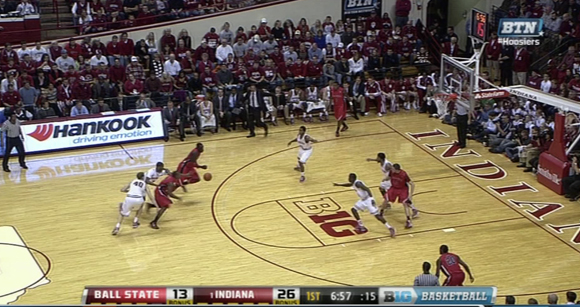 Christian Watford snatches it up, looks ahead and passes up to Zeller: 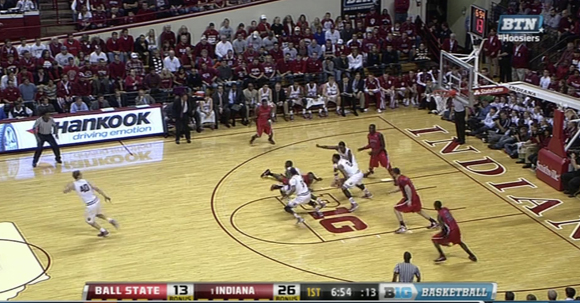 Zeller is off to the races. Notice Victor Oladipo and Creek also ahead of the Ball State defense: 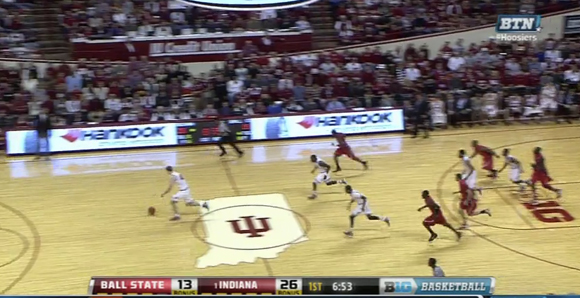 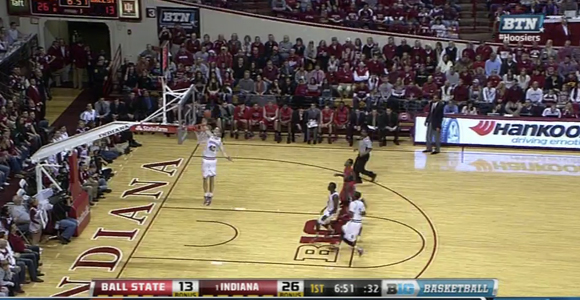 II. This one starts all Sheeladipo. Will Sheehey fronts Chris Bond down in the post: 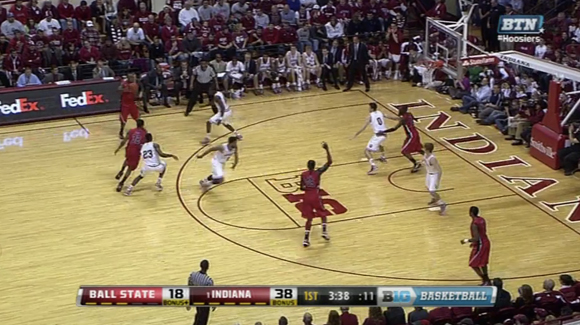 Bond comes up to set a balls screen for Scaife and Victor Oladipo and Sheehey switch: 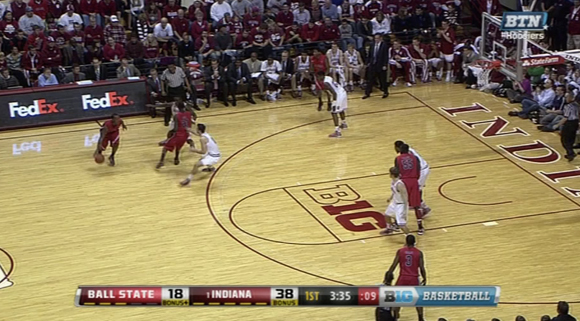 Scaife drives on Sheehey and is met by Oladipo: 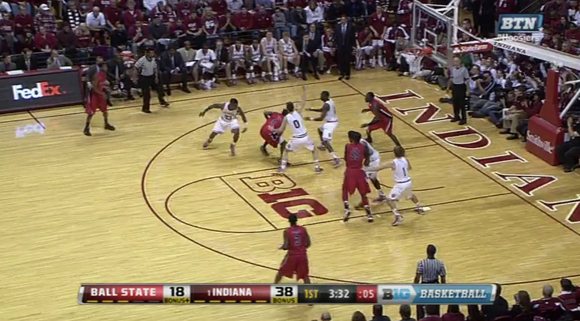 Sheehey then gets a hand in and steals the ball as Scaife tries passing to a seemingly open Bond: 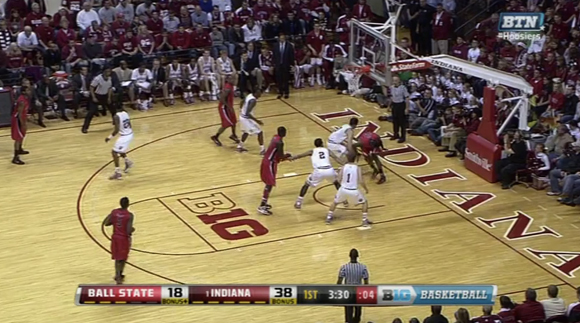 Sheehey brings the ball down the court as Ball State is actually able to recover back on defense: 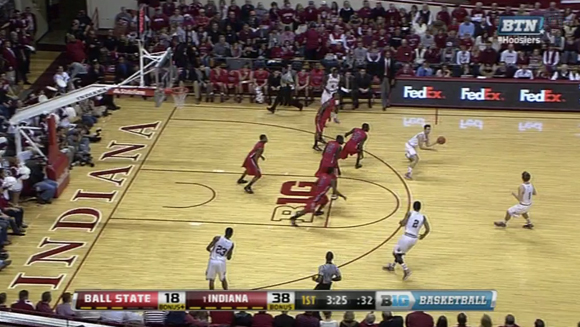 Sheehey swings the ball to Jordan Hulls, who swings to Christian Watford. Watford draws the defense to the free throw line, which frees Hulls: 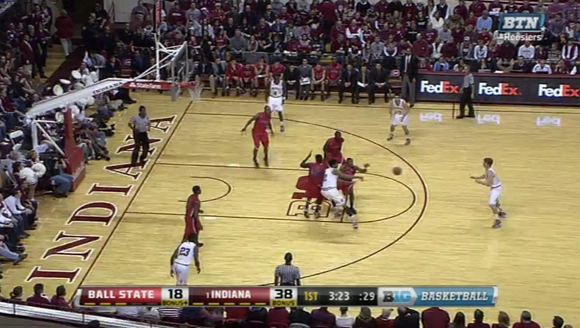 He hits the 3-pointer: 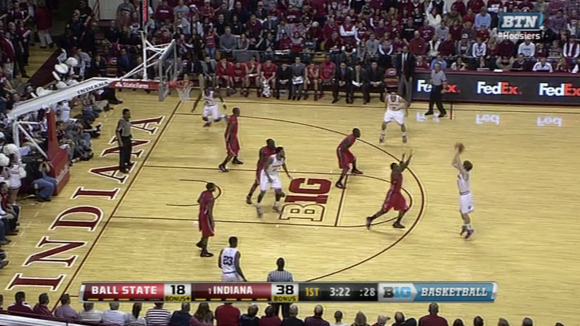 III. Majok sets a screen for Scaife on the left wing: 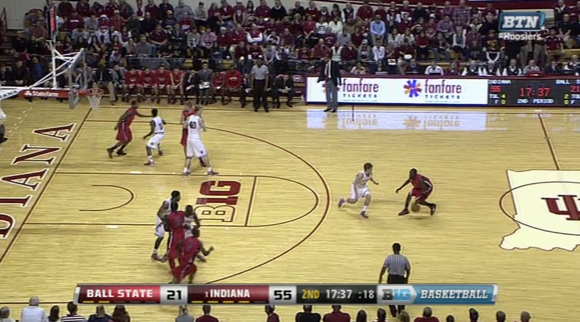 Bond throws a bit of a lazy pass: 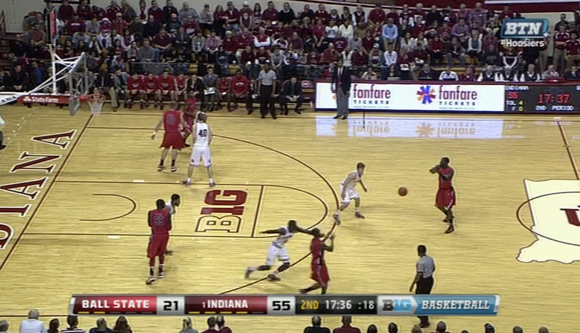 Which Oladipo gets a hand on and deflects: 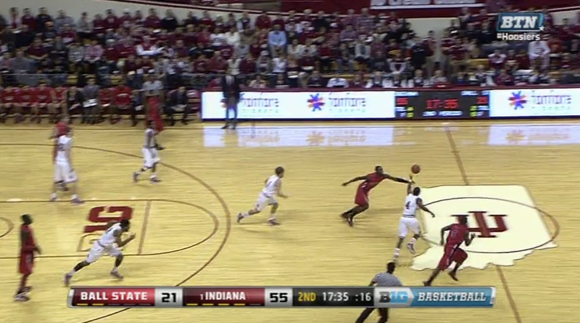 He eventually corrals the ball and gets fouled going up for a lay-up: 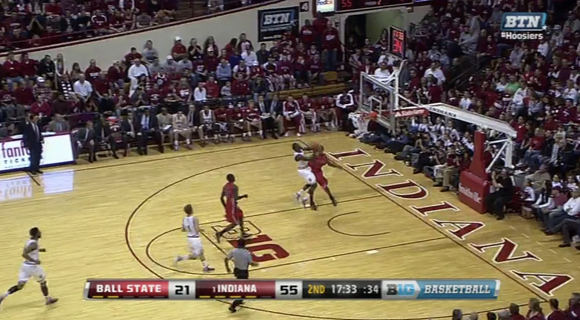 He made both free throws.