After two Cody Zeller free throws, the Hoosiers found themselves up seven (63-56) with 1:18 to go in regulation in their 72-62 overtime win against Georgetown last week.

From there, the Hoosiers went man-to-man against the Hoyas. Georgetown went on to score on three straight possessions to tie the game and force overtime.

A look at those three possessions in the latest edition of Film Session:

I. Otto Porter initiates the action towards the right wing: 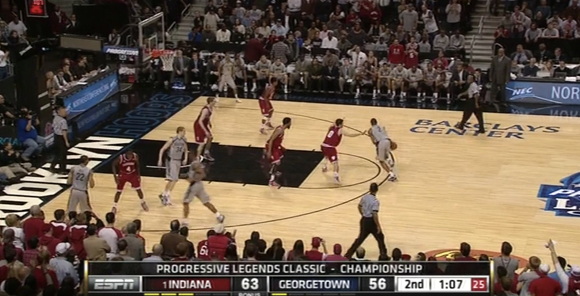 Porter hands the ball off to Markel Starks: 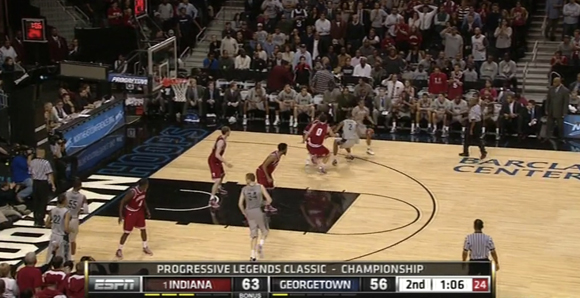 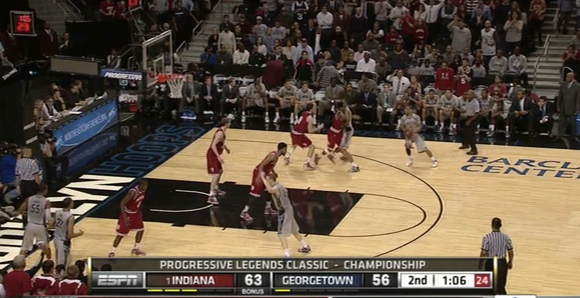 Ferrell tumbles as he tries to fight through and get a hand up. Will Sheehey doesn’t switch. It’s a 3-ball for Starks: 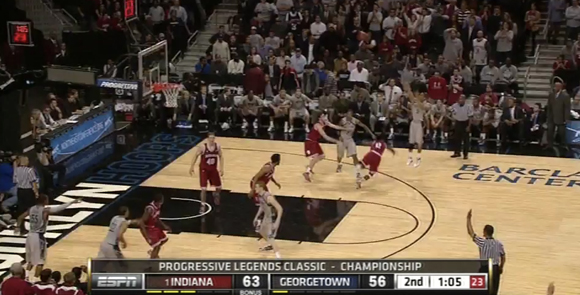 Nate Lubick takes the ball to the right wing with Christian Watford guarding him: 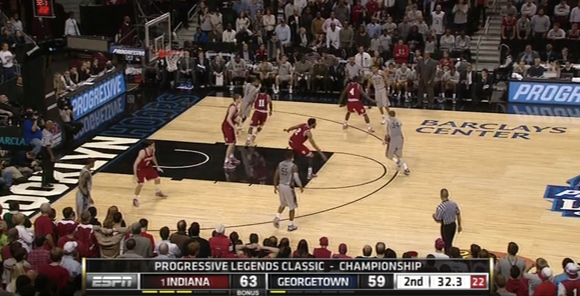 In a nearly identical set, Lubick hands the ball off to Porter as he sets a screen on Victor Oladipo: 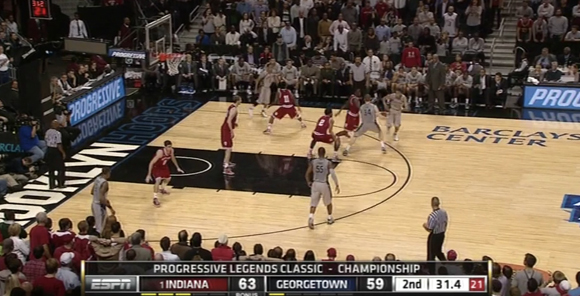 Watford is at least able to get a hand up, but he didn’t step up right into Porter, and it’s another 3-pointer to bring Georgetown to within a point: 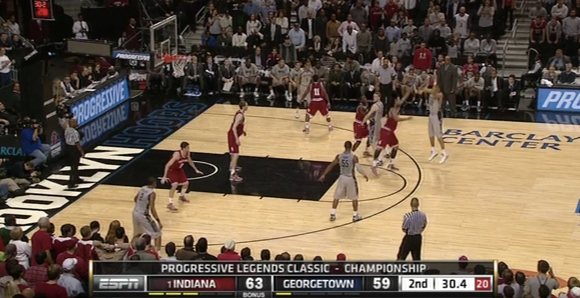 III. On Georgetown’s last play of regulation, we see more action off the right wing. Starks passes the ball to Porter: 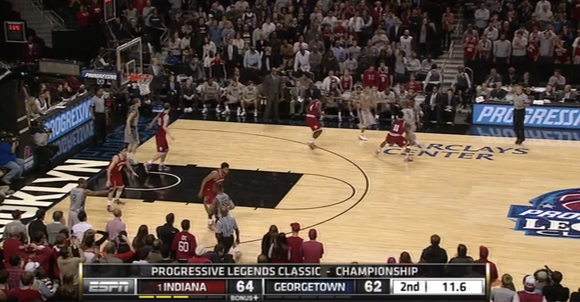 Instead of a look for a 3-pointer, though, Porter stays out top. Ferrell and Victor Oladipo are on top of each other: 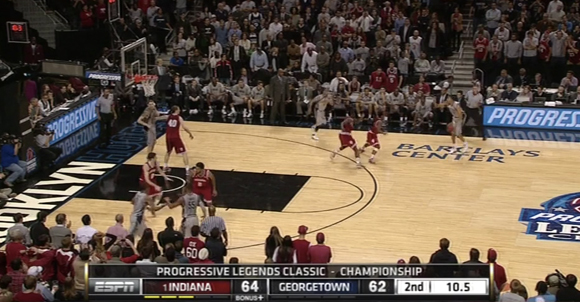 Ferrell opts to switch onto Porter, and he begins to drive on the smaller player: 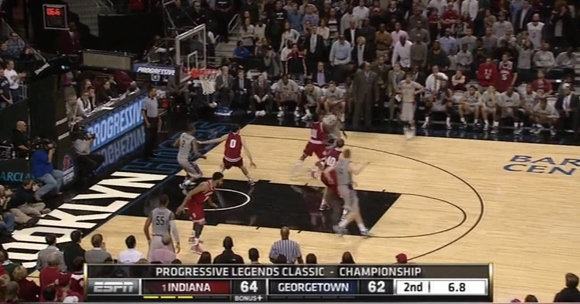 Ferrell does stay in front of Porter, but he uses his size and strength to muscle the ball in and tie the game: 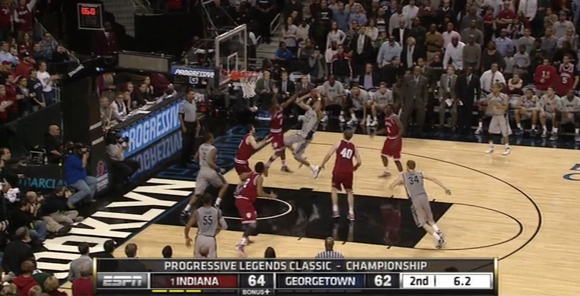