On a night when he registered his 1,000th point in the cream and crimson, Jordan Hulls also tallied five assists — a few in impressive fashion.

A look at three such dishes in the latest edition of Film Session:

I. Hulls looks to get an entry pass into Cody Zeller: 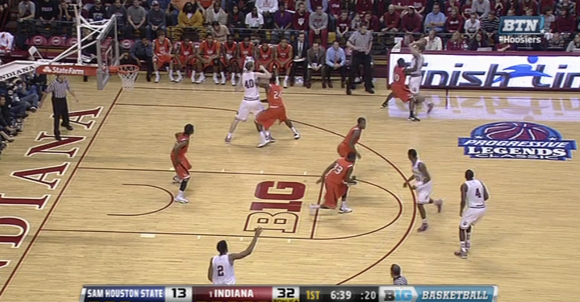 With nothing doing he swings it to Victor Oladipo. Zeller comes up from the post area and sets a ball screen for Oladipo: 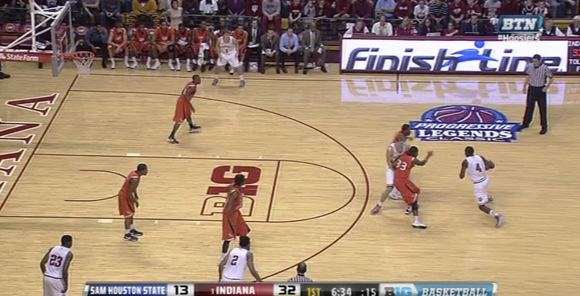 He drives right and kicks Hulls. He shoots a 3-pointer: 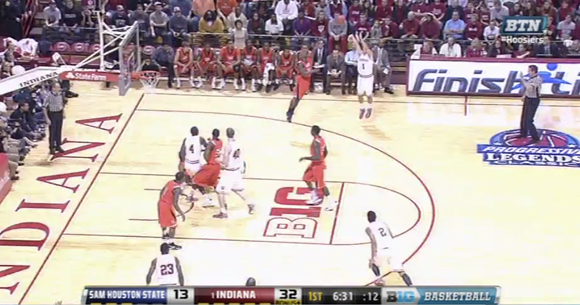 Hulls misses, but follow his shot and grabs the rebound: 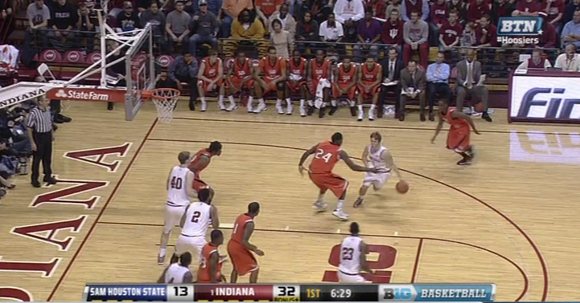 He zips a nifty pass into Zeller, as the defensive isn’t quite reset: 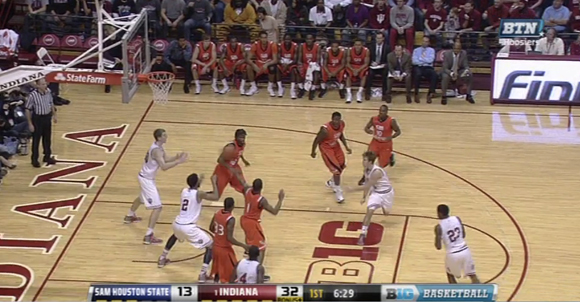 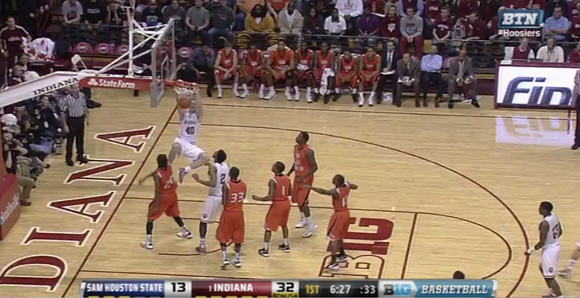 The Hoosiers gobbled up 55.2% of their misses Thursday night, and here was Hulls getting in on the action with that and creating a second-chance opportunity for his teammate.

II. Zeller and Oladipo set up on the right high post, as Yogi Ferrell brings the action their way: 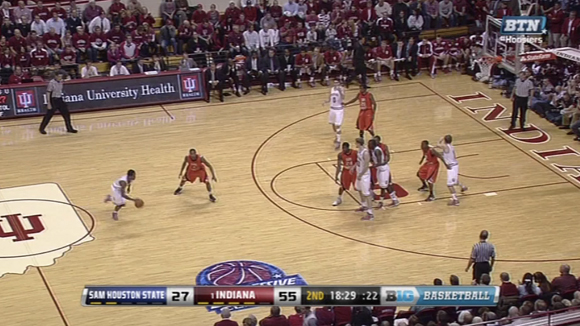 Oladipo breaks up top and receives a pass from Ferrell: 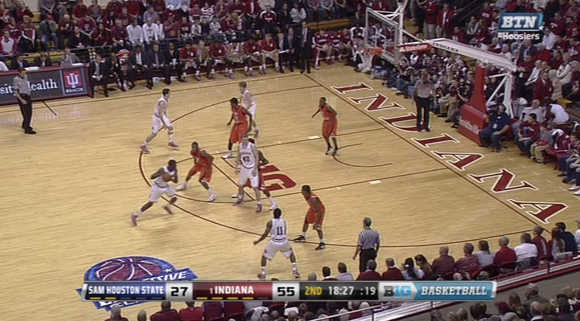 Oladipo passes it to Hulls on the left wing and curls around to the hoop: 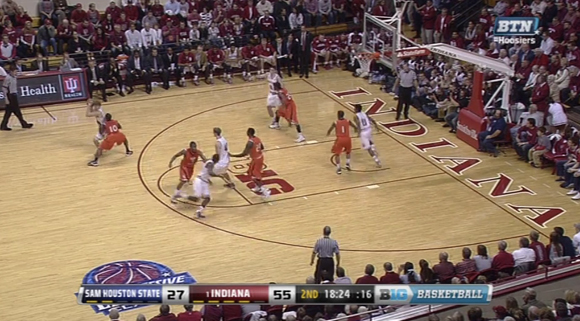 Hulls tosses it up to Oladipo: 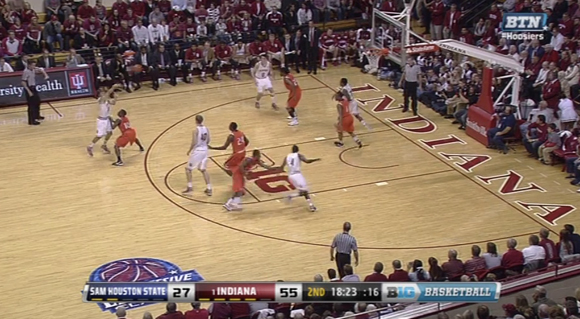 Who puts it in the hoop: 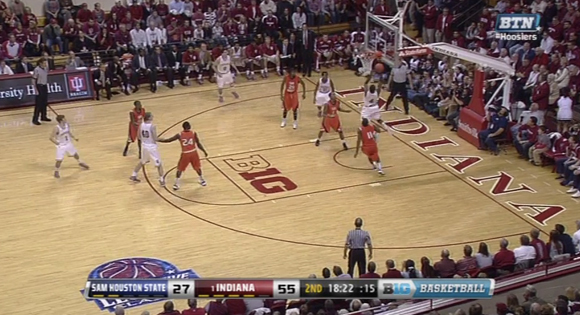 III. Hulls grabs a defensive rebound and the Hoosiers, as they do, are off to the races: 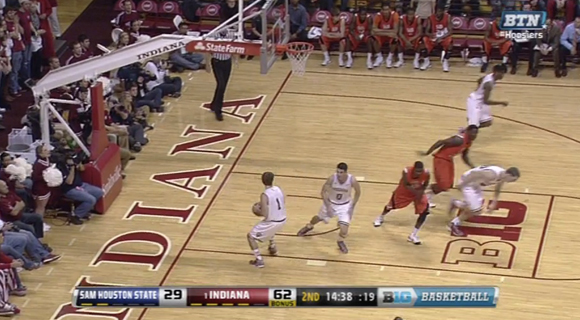 Hulls, at halfcourt, whips a no-look pass towards the frontcourt: 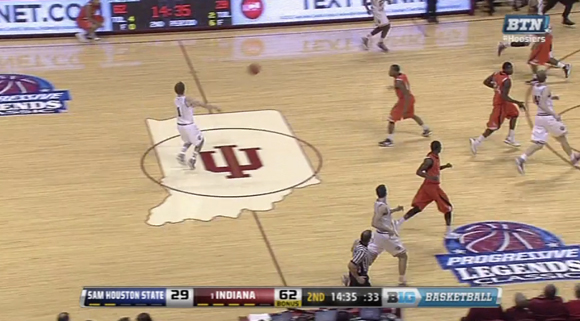 Watford — who appeared to maybe not have been expecting it right away — is able to gather: 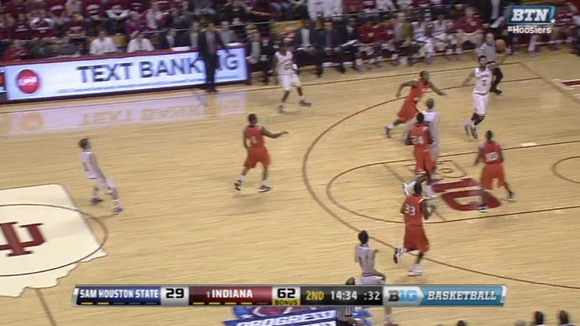 And score on the other side of the basket: 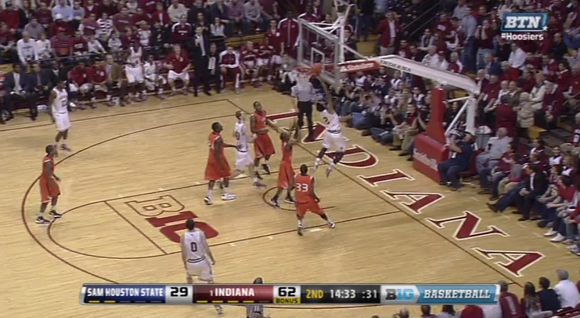