Freshman point guard Yogi Ferrell racked up seven assists in his Hoosier debut — a blowout victory over the Bryant Bulldogs.

Here’s a deeper look at three such assists in the latest edition of Film Session:

Off a Ben Francis missed three, Ferrell corrals the rebound. Cody Zeller, who got a hand up on Francis in the corner, is off to the races: 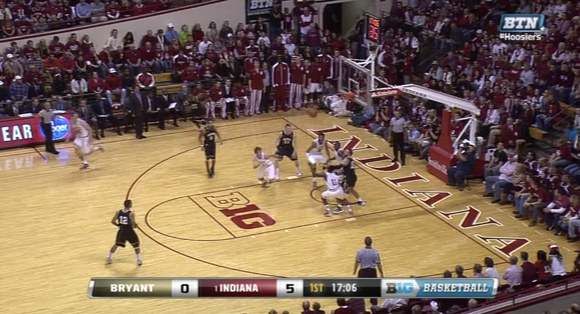 Ferrell takes but one dribble … : 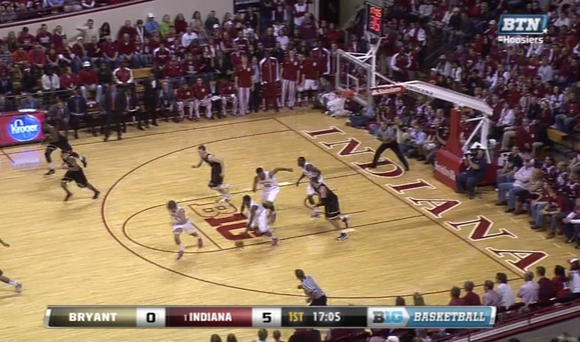 Before he throw a long pass to Zeller: 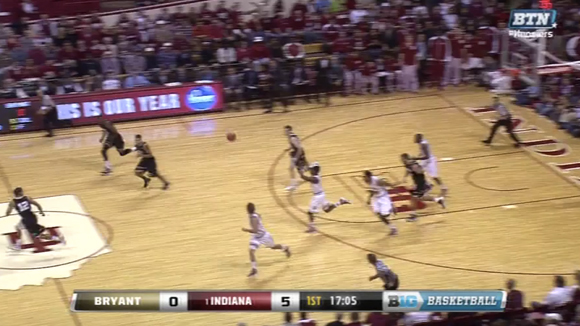 He catches in stride: 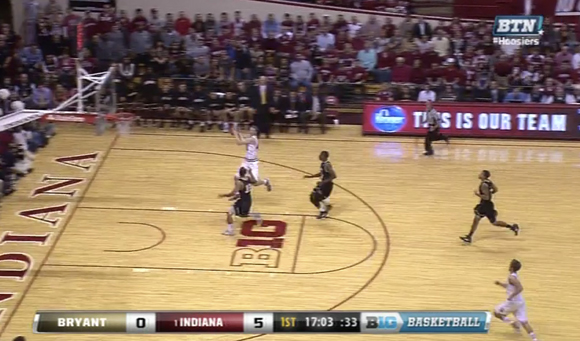 And puts it in for two points: 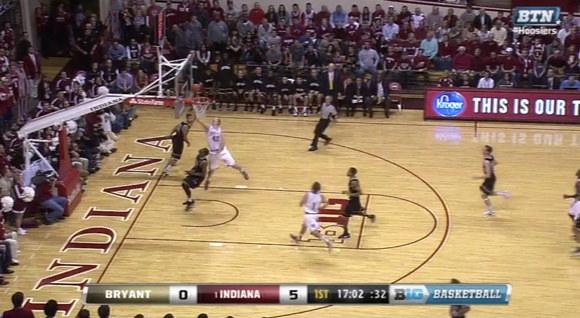 Nothing complicated here. It’s just a combination of a big man who relentlessly runs the floor and a point guard adept at finding his teammates.

Victor Oladipo passes out of the right block to Ferrell: 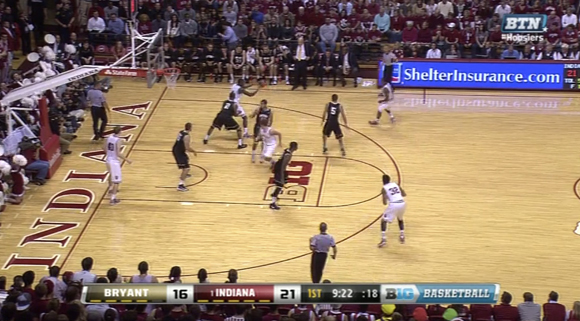 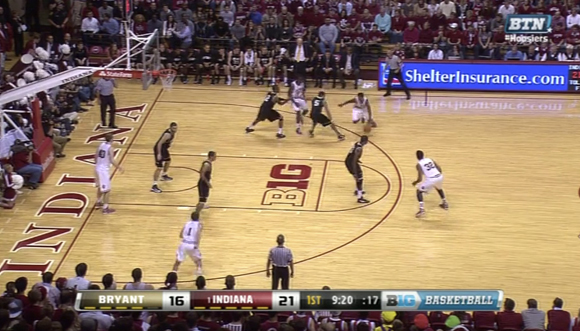 From there, Vlad Kondratyev comes to stop the ball, and Ferrell throws a slick one-handed pass to Zeller: 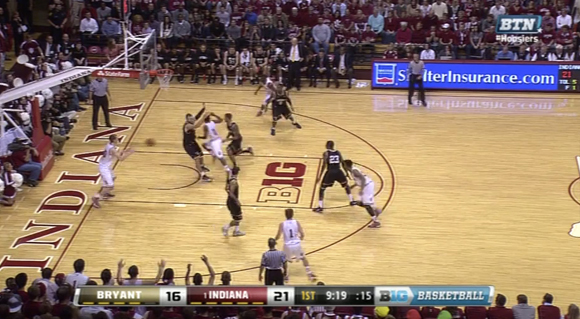 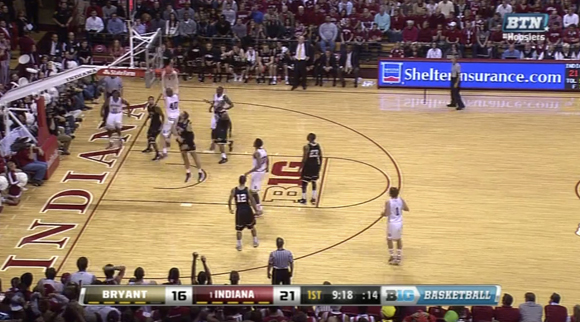 Here it’s as easy as Yogi drawing attention in the lane and finding the open man for a high-percentage look near the rim. 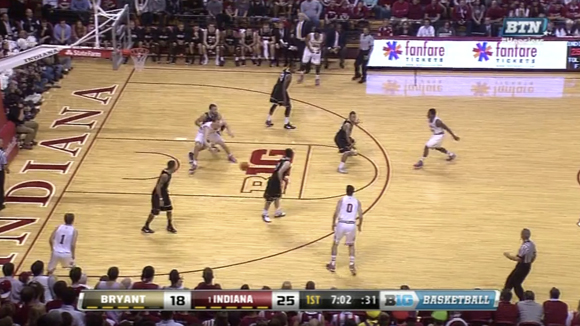 Zeller dribbles out of the post and hands it back to Ferrell: 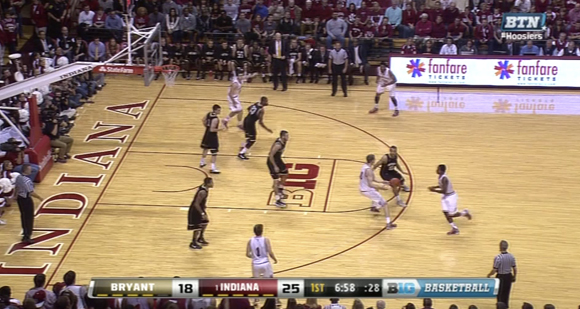 Zeller puts a bit of a brush screen on Dyami Starks, which allows Ferrell to make a line for the hoop : 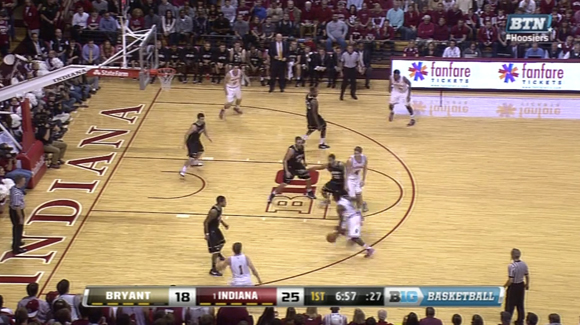 With two defenders on Ferrell, Will Sheehey finds himself open. Ferrell delivers him a pass: 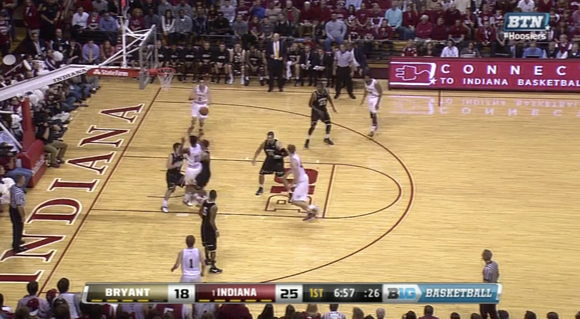 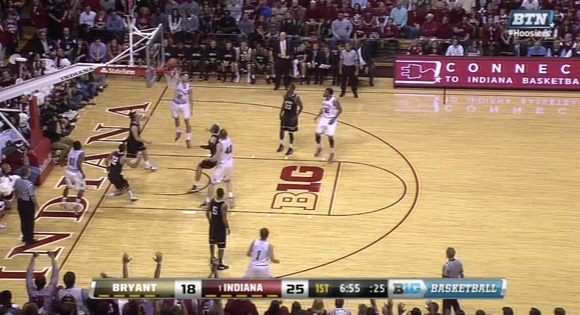 Again: Yogi draw the D on the strong side and dumps it off for a dunk to a teammate on the weak side. The action is just initiated off the opposite wing here.