Podcast on the Brink: Discussing the NCAA’s ruling 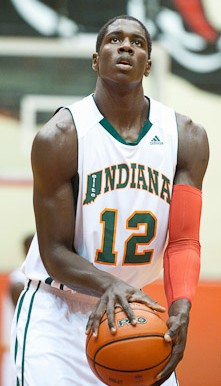 Another season is upon us, and so, too, is another controversy.

Just days before IU is set to take on Bryant in the regular-season opener, the NCAA handed down nine-game suspensions to freshmen Hanner Mosquera-Perea and Peter Jurkin for taking “impermissible benefits” from A-HOPE founder and Indiana Elite coach Mark Adams, who was deemed an IU booster.

Among the topics discussed on this week’s show:

Filed to: Hanner Mosquera-Perea, Peter Jurkin, Podcast on the Brink