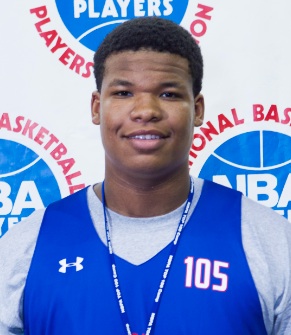 Here’s a look at how Stanford Robinson, Trey Lyles and several of IU’s recruiting targets performed statistically at Nike’s premier event of the summer:

Notes: It wasn’t a particularly great showing statistically for Lyles as he shot an uncharacteristically low percentage from the field. Perhaps it was just an off weekend or perhaps his rigorous travel schedule this spring and summer finally caught up with him. His most efficient game of the event was a 20-point, eight rebound effort in Spiece Indy Heat’s 70-59 win over Boo Williams.

Notes: Bluiett also struggled shooting the ball in North Augusta, but he did finish the event on a high note individually as he scored a team-high 19 points (7-of-12 from the field) in a 89-77 loss to Team Final.

Notes: It was a tough weekend for Spiece Indy Heat as they finished 1-4 and failed to advance out of pool play, but overall Lyle shot the ball very well and did a solid job of limiting his turnovers (a total of 10 in five games).

Notes: Lee’s offensive game seems to be very much a work in progress as he attempted just 5.8 shots per game, but he was among the event leaders in both field goal percentage and blocked shots.

Notes: Anya’s minutes were limited by foul trouble in a loss to E1T1 and a win over Baltimore Elite and his overall numbers suffered as a result.

Notes: Robinson’s national profile continues to rise as he made a living getting to the foul line in North Augusta. The IU commit shot an average of 8.6 free throws per game and posted two games with 20 or more points.

Notes: The top point guard nationally in the class of 2014, Jones proved why as he led Howard Pulley into the quarterfinals where they lost to the eventual champion Oakland Soldiers.

Notes: Meeks was among the top rebounders in the event and helped lead Team United to the quarterfinals. In a 64-61 over Spiece Indy Heat, Meeks scored 13 points, grabbed 12 rebounds, dished out four assists and had three blocked shots.

Notes: White had a limited role playing up a year with Meanstreets, but he did post an 11-point, four rebound effort in a 60-57 win over E1T1.

Notes: The strong play of Pinson carried the CP3 All-Stars all the way to the semifinals, where they fell 55-53 to the eventual champion Oakland Soldiers. He scored in double figures in six of his team’s seven games and had 23 points in a 75-71 win over California Supreme.

Notes: MoKan went from one of the final teams to qualify for the Peach Jam to one of the final four standing and Ojeleye was a big factor in their run. He posted a pair of double-doubles and scored in double figures in all seven games. In a quarterfinal win over The Family, Ojeleye went for 33 points, eight rebounds and two assists.