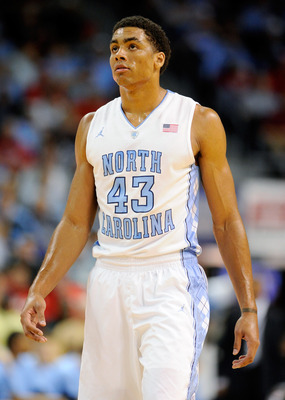 Matchups for the 14th annual Big Ten-ACC Challenge were announced today and Indiana, projected by many as a top three preseason team, will host North Carolina on Tuesday, Nov. 27.

The Challenge, won by the Big Ten the previous three seasons, will be played on Nov. 27 and Wednesday, Nov. 28.

The Hoosiers won their Big Ten-ACC Challenge game last season at North Carolina State. It was the program’s first win in the event since beating Georgia Tech in 2007.

Start times and broadcast information will be released at a later date.

“With North Carolina coming to Assembly Hall, I see BEDLAM coming to BLOOMINGTON! Our players are very, very excited for that opportunity,” IU coach Tom Crean said on Twitter. “The pace of the game will be at Warp speed. It will be a indoor track meet in Assembly Hall. North Carolina’s running game is high level.”

The Tar Heels are once again expected to be among the country’s top 15 teams despite losing Tyler Zeller to graduation and Harrison Barnes, John Henson and Kendall Marshall as early entrants to the NBA Draft.

ESPN.com has North Carolina at No. 13 in their early top 25 while CBSSports.com has the Heels at No. 9.

Both Strickland and McDonald are recovering from torn ACLs.

The complete lineup for the 2012 Big Ten-ACC Challenge: